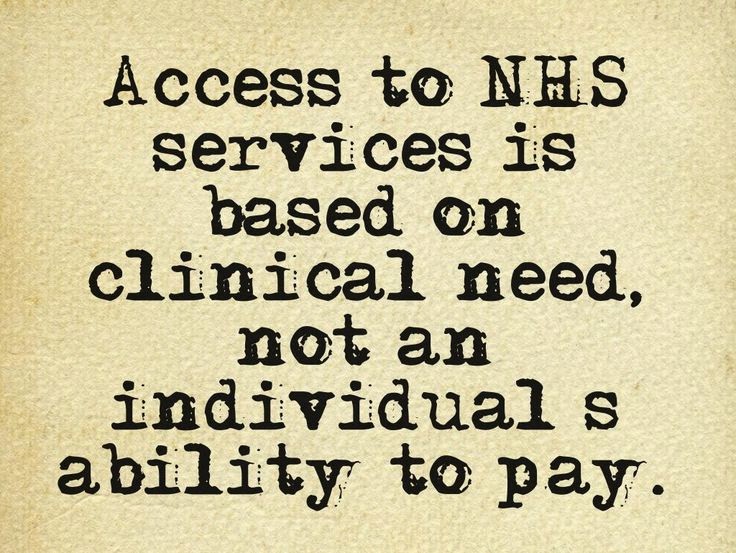 As it stands, the NHS and control of the NHS in Scotland has already been devolved to the Scottish Parliament (1999), and our government has a "cast-iron commitment to protect the founding principles of the NHS."(1). We have gone back to the traditional style of the NHS, in that it is a shared co-op of services (and knowledge and funds) rather than individual, localised, separate units, that it has become elsewhere in within the UK.

Elsewhere in the UK, the government had started 'reforming' the NHS - read that as 'privatisation', where by 100 different services are actually run by Virgin. As in Richard Branson's Virgin! Under reform, services have to be put out to tender, where private companies then take control. Then its all about monetary targets and the bottom line. How many hospitals have we heard of on the tv/radio/newspapers that are not performing financially (then the knock on effect of the actual care that they are supposed to be providing)? 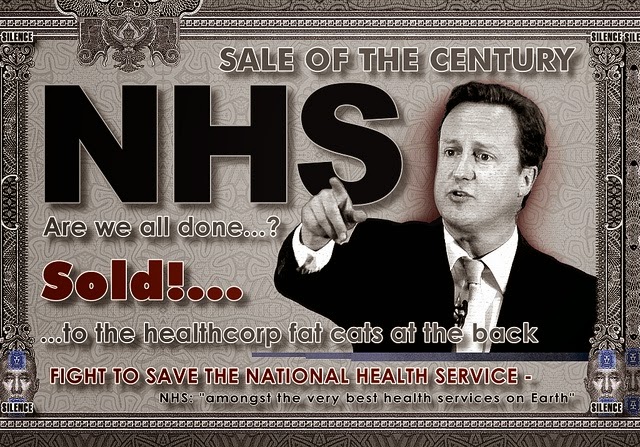 According to Dr Philippa Whitford, she predicts that in 5 years time there will be no NHS as we currently know it, in rUK (due to privatisation), and the same for Scotland come 10 years time (due to allocation of funding). This is explained :

"Due to the complex workings of the Barnett formula, which provides the basis for the Block Grant paid annually through Westminster, for every £1 million of cuts to the NHS budget in England, the Scottish Block Grant will be reduced by £99,100
The Scottish government could seek to protect Scotland's health budget, but this would only come at the expense of swinging cuts to Scottish government funding in other areas" (2)

The video below (of Dr Whitford) tells it as it is, in a more articulate fashion, than I ever could :

As Dr Whitford says in the video, how long before patients have to start paying for operations or appointments? We are lucky in Scotland that we no longer have to pay for our prescriptions (the small number of people who did have to pay for them anyway), but in rUK prescription charges currently stand at £8.10 PER ITEM on their prescription. People are already only taking what they absolutely have to and leaving the rest, which is actually causing more problems as their health problems increase and they need more health care in the long run.

I do worry, for a NO result in September. Particularly as the majority of people I have spoken with regarding independence, over the age of 55, are very much in the No camp. I wonder if they have fully considered the implications this may well have on their own health, and actual lifespan. If there is no NHS in 10years, and we end up having to pay for say, cancer treatments or hip replacements, do they have enough savings for this, or will we have to go down the American route with extortionate Health Insurance premiums? Are we taking a backwards step where the elderly/poorer members of society get a lesser standard of care.

I'm not saying for one minute that the Scottish NHS is a shining example of perfect health care, and to a certain degree, there is still the postcode lottery of quality of treatment/waiting times etc etc. However, I firmly believe that if we had full financial responsibility for our own matters, then we would be able to afford the service we expect/deserve/pay for with our taxes!

To save our NHS, we have to vote YES

* both quotes were taken from Newsnet Scotland report : 2012 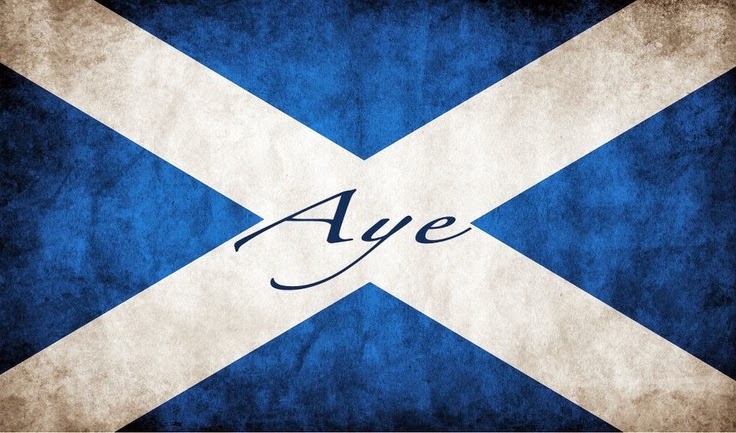 I'm voting YES because : Its got nothing to do with the SNP!

I am not an SNP voter - never have been. I am not the biggest fan of Alex Salmond, but I don't mind him (he certainly came across a lot better, in last nights edition of Scotland Tonight, than Alistair Darling). I vote Green and would love for Patrick Harvie to be our Prime Minister/First Minister or which ever the title would be, come independence.

The SNP as our "democratically elected government" (to quote our First Minister), is leading the debate and the push for independence, but take a look at some of the other parties/groups also behind the campaign - Scottish Greens, Labour for Independence, Women for Independence, National Collective, Scottish Socialist Party, Business for Scotland, Mums For Independence, English Scots for Yes, Scottish CND, Academics for Yes, Yes Scotland, and more - plus all the grassroots groups, like Yestival and Radical Independence, proper grassroots groups founded by the Scottish people, not bank rolled and fronted by MPs and their banker friends.... They are all striving for Indy too, believing that it is the best way to g - best for Scotland and the people, who both live and work here.

Once we are independent, we don't know if the SNP will be re-elected, it may be a Labour government to hold office. We will make that decision when we return to the ballot and choose OUR government. What is more, we will actually get the government of our choosing, to run our country, for the people of the country.

So voting NO, based upon the opinion of " I don't like Alex Salmond" or "I don't like the SNP" or "I remember when the SNP were essentially the Scottish Tories in the 80's" is not a valid reason for not voting YES.

Its not about the SNP, its about the reality of choosing our own government chosen by you, the people of Scotland, to run our country.