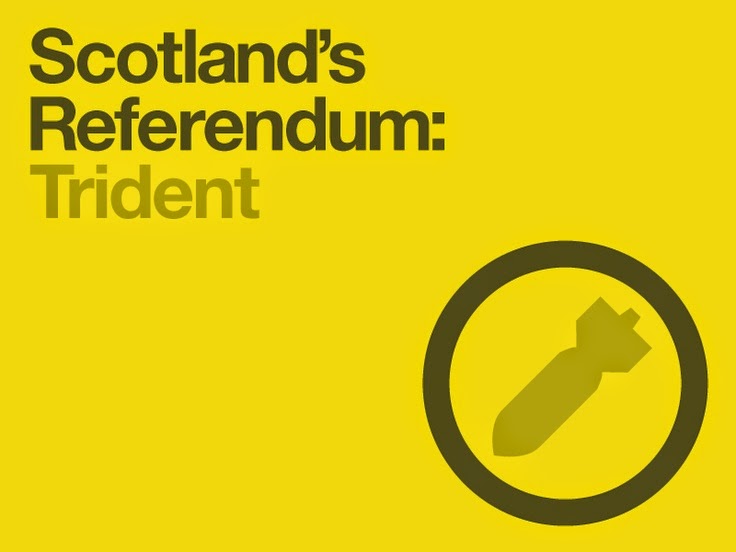 What is Trident? : A fleet of 4 nuclear missile submarines armed with ballistic missiles delivering thermonuclear bombs (warheads), reaching a distance in the range of 4,600- 7,500 miles. Trident is currently based at the Clyde naval base (Faslane) on the west coast of Scotland, whereby 1 submarine is constantly on patrol.  Each submarine is reported to be loaded with 8 missiles, which contain 5 bombs - totalling 40 per sub! That's 160 nuclear warheads on our shore! I missile is " 8 times the power of the atomic bomb that was dropped on Hiroshima in 1945, killing an estimated 240,000 people from blast and radiation." Quoted from www.cnduk.org
What is its purpose? :  "To provide the minimum effective nuclear deterrent as the ultimate means to deter the most extreme threat".  With these nuclear weapons, the UK (alongside France and the USA, make up Nato's nuclear capability)
How much does it cost? : It is the most expensive form of defence the UK has.  Each individual missile costs £16.8m, and we loan them from the USA. The annual running costs to Scotland currently stand at £163m. The government has estimated that the bill to replace Trident (in around 6 years time) would be between £15bn and £20bn, but Greenpeace claims it will run to at least £34bn once VAT is added.
The cost of dismantling Faslane was estimated at £150m by an MP in 2006, but under the government figures, with the prospect of an independent Scotland, oh, it could run into billions....!
Why do we want rid? : I cant actually word this any better. To quote CND UK again :
"Nuclear weapons have no legitimate purpose. Their use would be illegal under virtually every conceivable circumstance as civilian casualties would be unavoidable. They are genocidal and completely immoral. When confronted with any of today's real security threats nuclear weapons are irrelevant: they cannot address the actual threats the government has identified – terrorism, cyber warfare and climate change.
Not only do nuclear weapons kill indiscriminately but the radioactive fallout from their detonation means that their effects know no geographical boundaries. Immediate survivors in the vicinity of any nuclear exchange face devastating long-term ill effects or death. Recent research shows that even a so-called ‘small exchange’ of 50 nuclear weapons could cause ‘the largest climate change in recorded human history’ and potentially could kill more people than were killed in the whole of the Second World War."

To be an on-going member of NATO, it would appear that there is no need to have nuclear weapons, as several countries within NATO (including Spain, Germany, Norway, Belgium, Iceland, Greece, and more) have already voiced that they no longer see nuclear as the way to protection from threats.
﻿

I would much rather have my government, spend money on welfare, education or the NHs than paying for nuclear arms.

We will only get rid of Trident with YES 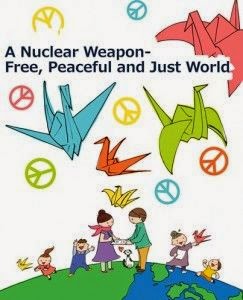