One thing I do know for certain, is that I am far closer to YES than I am to NO, and the more I research, the stronger my YES vote becomes.  But I am human, and I do have the odd wobble, where I think, "can we do this?". Then I give myself a shake. Of course we bloody can! Sometimes it just takes a little moment to reflect or be inspired (or to read with disgust, more about what unsavoury things are going on in Westminster, past and present), and to remember the reasons why I want independence, which can and will only be achieved by voting Yes.

If you will allow me to speak in bumper stickers for a moment, I believe we have to just

Feel The Fear And Do It Anyway!
﻿
and realise that

Doubt kills more dreams than failure ever will
﻿
understanding that

sometimes what you are most afraid of doing, is the very thing that will set you free
and
To reach your greatest potential you'll have to fight your greatest fear. 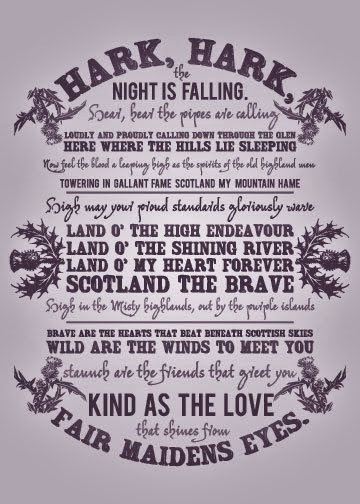 ﻿
Scotland the brave. And the bold. Here, if I remember rightly,
Fortune Favours The Bold
And to quote the wise Merida from Brave (or rather the script writers from Disney, but please, just go with me in the spirit of bravery and courage for Independence. Thanks)
﻿
There are those who say fate is something beyond our command.  That destiny is not our own, but I know better. Our fate lives within us, you only need to be brave enough to see it. 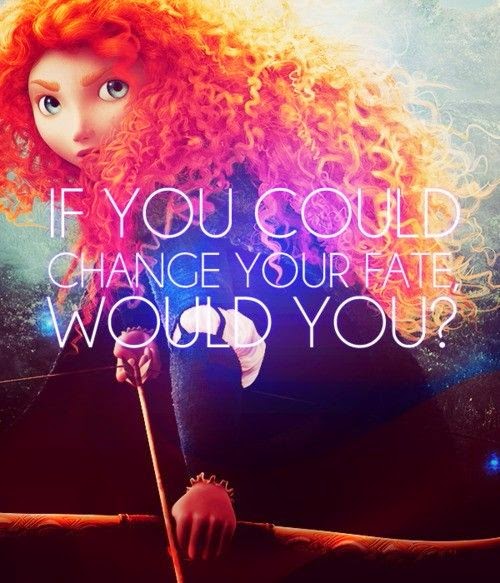 What else? Courage? Yep, this is going to take courage, especially from the voters who are uncertain which way to vote. The courage needed is to
Look fear right in the eye and saying "Get the hell oot ma way, I've got things to do" (like vote Yes on  18th Sept...) 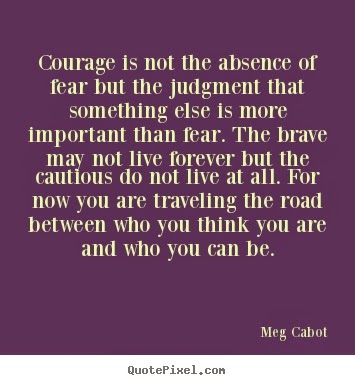 This whole referendum is a risky business. Each side thinking that the opposing side is a risk if they vote differently, but to quote a certain Sirius Black (Thanks, JK Rowling)
What is life without a little risk?
Personally,
I would rather regret something I done or at least tried, instead of living with the regret of not at least trying and the forever more 'what-ifs?'
Of course, this referendum is a democratic decision being made by the people living in Scotland, where
We must all face the choice between what is right and what is easy (again, thanks JK Rowling, this time for the wisdom of Albus Dumbledore)
How easy would it be just to vote No, to stay with what we have (remember there is no such thing in this whole situation, as the status quo)?  How easy would it be to claim there is not enough information out there to make a decision? How easy is it to vote No because your parents/partner/pals said that was how they were voting, so you just went along with their decision?
Excuses are the nails used to build a house of failure
When Martin Luther King gave his infamous 'I have a dream' speech on 28th August 1963, (the dream being for freedom and equality from hatred and slavery), he was addressing civil rights supporters with regards the American Civil War Movement.  Some of what he said 51 years ago still resonates now, for Scottish Independence. Such as:
Now is the time to make real the promises of democracy
In the process of gaining our rightful place, we must not be guilty of wrongful deeds.  Let us not seek to satisfy our thirst for freedom by drinking from the cup of bitterness and hatred.  We must forever conduct our struggle on the high plane of dignity and discipline.  We must not allow our creative protest to degenerate into physical violence.
Perhaps the Orange Order could bear the 2nd quote in mind. Particularly following the violence at Saturday's orange walk in Glasgow where a 12 year old girl was bottled! Especially as there are reported to be more walks planned for Edinburgh in the lead up to September.
Martin Luther King has given many a memorable observation or opinion. Here are some of those which I believe to be pertinent to our debate :
Nothing in all the world is more dangerous than sincere ignorance or conscientious stupidity
Almost always the creative dedicated minority has made the world better
I have the audacity to believe that people everywhere can have three meals a day for their bodies, education and culture for their minds, and dignity, equality and freedom for their spirits.
When the Scottish Parliament came into session in 1999, the Queen presented the mace to the Parliament, and it now stills in the debating chamber during sittings of Parliament. The mace which was designed and made by Michael Lloyd, is inscribed with 4 words : Wisdom Justice Compassion and Integrity (it should have had a 5th word, Courage, too, but it didn't fit in the design).  These are the 4 words that describe the Government of the country I want to live in. I believe a YES vote can deliver this. The past 15 years since devolution, our Scottish Governments have tried with varying degrees of success to deliver on Wisdom Justice Compassion and Integrity. Westminster. Has. Not.
x
#100days100reasonsforyes
﻿
Posted by Lissa at 17:44 1 comment: