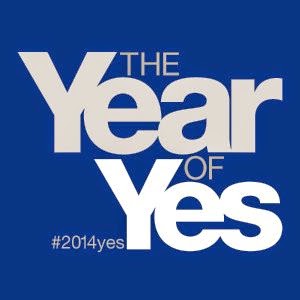 Because this is not going away.
Rebellious Scots will not be crushed. Regardless of the referendum outcome.
I sincerely hope that everyone who is eligible to vote, does infact vote. I hope that the outcome is a resounding YES! I hope that those who still have not "really looked into it yet" give themselves a shake and actually look into it, properly, because a percentage of the population who are sleepwalking zombies, making their decision based on "couldnae be arsed" shouldn't be allowed to vote.

But what if there is a No vote? What then?

Will we have to wait another 35 years for a shot at another referendum? Will we be ALLOWED another referendum? Will we get another chance for a democratic choice to be independent? A cross in a box on a ballot paper is all we are asked to do. No war, no bloodshed, no death. Just pencil and paper.
This genie is well and truly out the bottle and no-one can possibly hope to put it back in. I dare them to even try.  The number of people, everyday ordinary people, involved in the debate, online and in person, is phenomenal. At no other time in our history, have so many people actively engaged in politics. In politics affecting them, their lives and their futures.  Social media has played a massive part in this, from Facebook, Twitter, Blogs, on-line news such as Wings, Scotnet, Bella, to grassroots campaigns and festivities, involving the general population etc, that the traditional methods of news print and television have not been able to censor or enforce bias upon. The younger generation are involved and are passionate. Are they honestly just going to walk way on 19th September and continue "as you were"? I don't think so.

Once the reality of a No vote hits home - the prediction of the general election being another coalition, only this time Tory/Ukip, where we already know that Nigel Farage is no Nick Clegg, and has already been quite vocal in his desire to abolish the Scottish Parliament (and the Welsh  and N.Irish Assemblies).  Once the Barnett Formula has been either tossed or recalculated and we receive less money from the our Block Grant from Westminster, to spend in Scotland on Scotland. Once the NHS in England and Wales has been fully privatised and in around 10 years, the Scottish NHS ceases to exists as we know it, and we can no longer afford to treat our illnesses and health conditions. Once the welfare state has been squeezed to its very last penny, and the most vulnerable and needy in society are back in the workhouse (well, where else are they going to go?). Once the millions spent on Trident are spent. Once we are out of Europe, regardless of whether we want to be or not. Need I go on? Once the realisation of a No vote, of the illusion of Devo max has dissolved, will people then decide, that ok, that was the wrong decision. Yes was they way. Will it be too late?

Spare us the bleak future of the UK and think about the possibility of a better Scotland. It will be hard, it will take time to build a new country to stand on her own two feet. We will make mistakes and will learn from them. But lets not make the biggest mistake and let this opportunity slip through our fingers. Why risk a No vote now, to regret it later?  Make Scotland now, get this country up and running properly, why wait for later, after suffering at the hands of Westminster rule for long enough, we don't need to any more.

Why Yes? Because this is our chance, it might not come back until goodness knows when.  There is fire in the belly of those who believe we can, and it wont be extinguished by a No vote, a vote of No confidence in ourselves (how sad and deeply depressing). This fire will grow and keep going until we get our independence. Why wait?
The best things come to those who wait?  Bollocks. The best things come to those who create. And work hard and DO. So lets get on and do this. Lets create our lives our country our future.
Because we can and we will!

When the weather is fine, we are busy enjoying it, and ourselves. My series on my 100 days for yes, regarding the forth coming Independence referendum has gone a bit skew-wiff, as I have been, to be perfectly honest, absolutely pooped by nightfall, having spent all my energy through out the day(s). This is being remedied and will be back up to date in due course. However in the mean time, Kiddo and I (and Hubby when he is on his nights off and therefore awake during the day) are thoroughly enjoying a proper summer. Here. In Scotland!
That is, except last Saturday when we high tailed it through on the train to Glasgow in the pouring rain.  Our trip was 2-fold - Kiddo needs new trainers, and he likes to pick his own (and Converse or Vans are now actually cheaper than Clarks, for his feet), and the protest demonstration, for support for Gaza.  Now, Kiddo LOVES both the train and the rain, but HATES shopping. Needless to say, we left Glasgow without trainers and extremely soggy, but he had an ice cream and got to play in the Lego store. 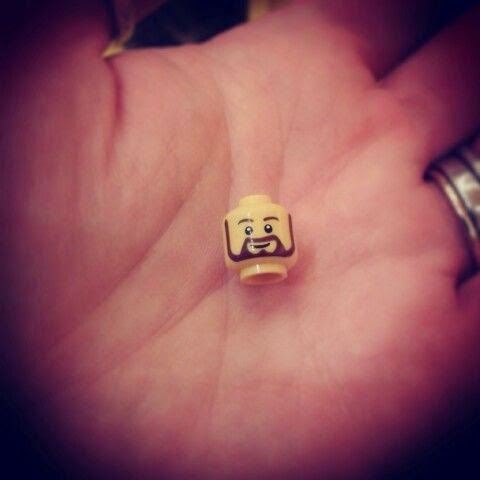 He was a little bored at the demo, but not bored enough that he wasn't listening. He marched back to Queen St station chanting "Free, Free, Palestine!" and we had a chat about it on the train.

We've been to the beach. Silversands beach in Aberdour is lovely! We enjoyed building sandcastles and making 'art' from rocks, seaweed and shells we found, and took some of our haul home with us for Kiddo's seasonal table. We weren't at the beach much longer than about 2 hours, as it was really busy and SOOOO HOT! Kiddo, as I have mentioned before, doesn't do to well with large crowds, and we (Hubby and I) could sense it was time to go. Important thing was, Kiddo had a blast, and has now got really cute wee freckles across his nose. 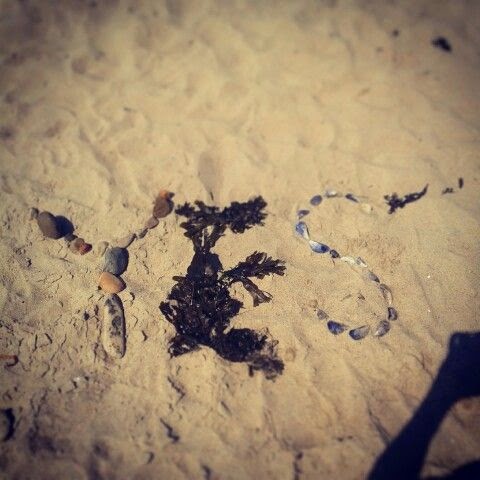 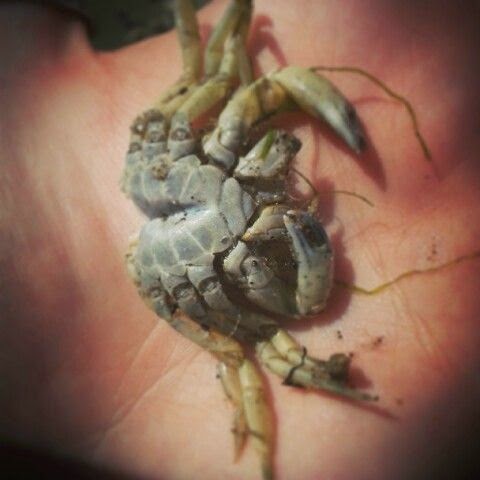 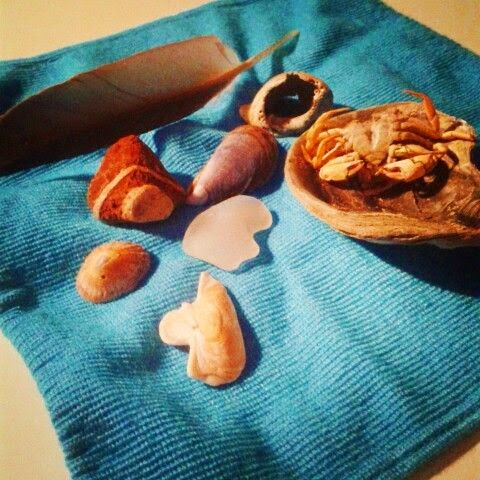 We had a cracking day out in Drumpellier Park in Coatbridge. Kiddo and I had never been here before, but met up with our friends and played all day, in the parks.  Kiddo is overcoming his shyness (he is fairly introvert by nature) and was happily chatting away with adults and children alike. Sure, he still had a couple of huffs and mini-melts, but he is only 4, and thankfully, our friends know what he is like and take him as he is. I do tend to find that families within the HE community are a more accepting and less judgemental of children who's emotional and social skills are less developed.
That very same night I was surprised when Kiddo wanted to read ME a bedtime story. He picked a book off the shelf (not one that we read, as its In The Night Garden, and I dislike this programme intensely, its the Teletubbies of this generation. It was bought by a well meaning and kind relative, as "all the wee ones love this, don't they?" I didn't have the heart to say "actually he doesn't watch it, as I wont allow it". so it has sat there for the past few of years - he gets to watch it now as he is very articulate). Anyway, I digress. Kiddo sat down and read the book, cover to cover. He was so proud of himself, I was practically bursting with pride. His reading is excellent, but usually focused on dinosaurs, so this was a big leap. 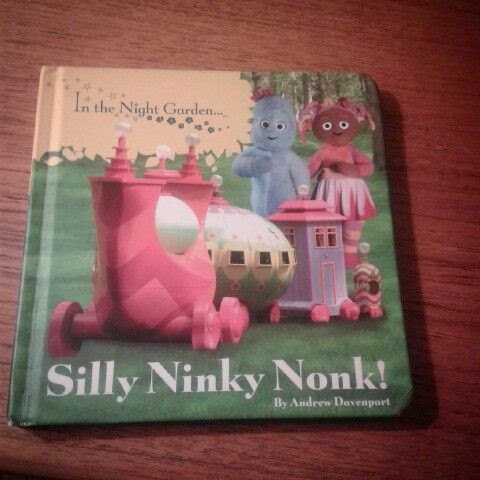 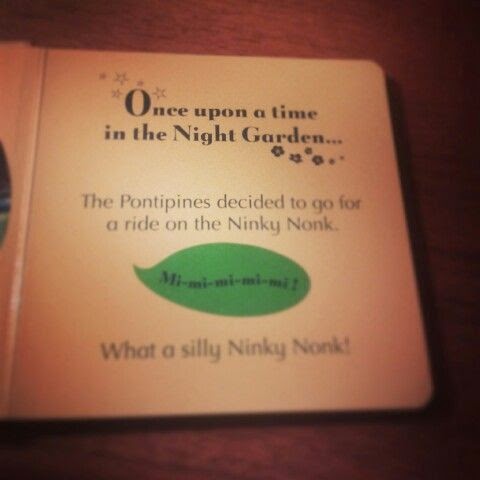 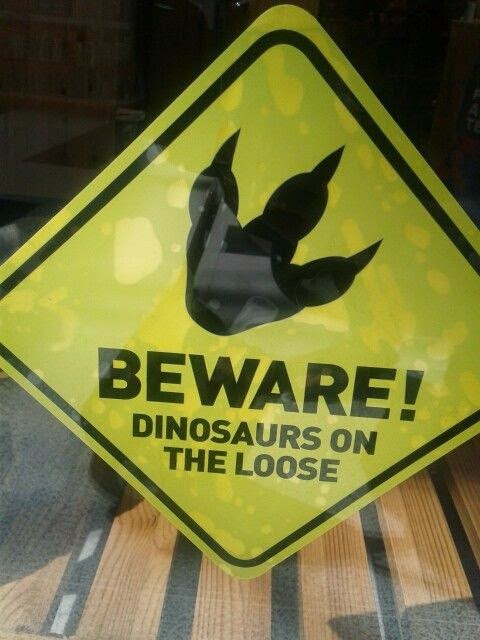 They are all over the Thistle Centre and The Marches in Stirling. We weren't afraid. We tracked them down. Whereby my little paleontologist in residence, gave them a thorough going over 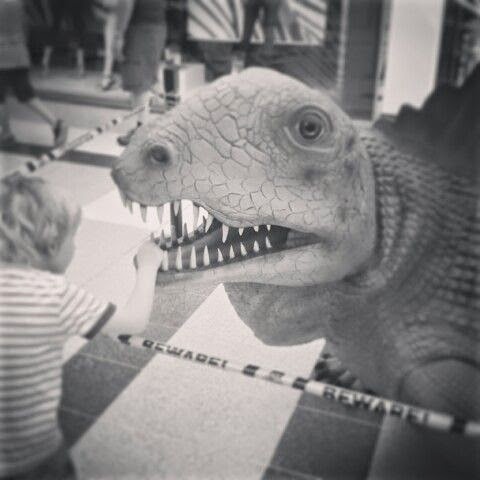 before going home to play with his current collection. Meet Binky (ring tailed lemur - not strictly a dino, but that is irrelevant), Monty, Doofy, Kiddo & Mum (a smaller and larger dino of the same breed), Trevor, Ralph, Dave (the diplodocus, but Kiddo keeps calling him, 'Pineapple'. Dave does not like this nickname...), The Chief, Kev and Tony.  Spot the ones, Hubby and I named... Each dino has his own voice, too. Mostly Mockney (think Danny Dyer crossed with Boycie from Only Fools...), Yorkshire or broad Weege. 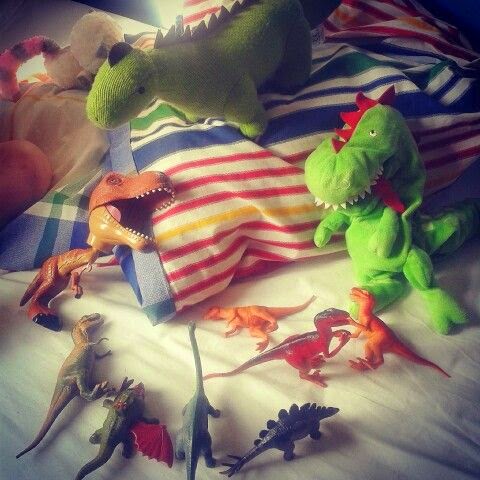 This morning before I headed out to work, we spent a while playing with Lego - making different flags from around the globe and trying to find the countries on the map. It was great fun.

In between all this we have Netflix where Planet Dinosaur or Walking with Dinosaurs have been watched, rewound and watched again. Family have visited, cousins were played with, walks were had, arguments were had, tears and tantrums occurred, cuddles were shared. Life happened﻿.

Who says the summer holidays are boring?