Because I am a woman. 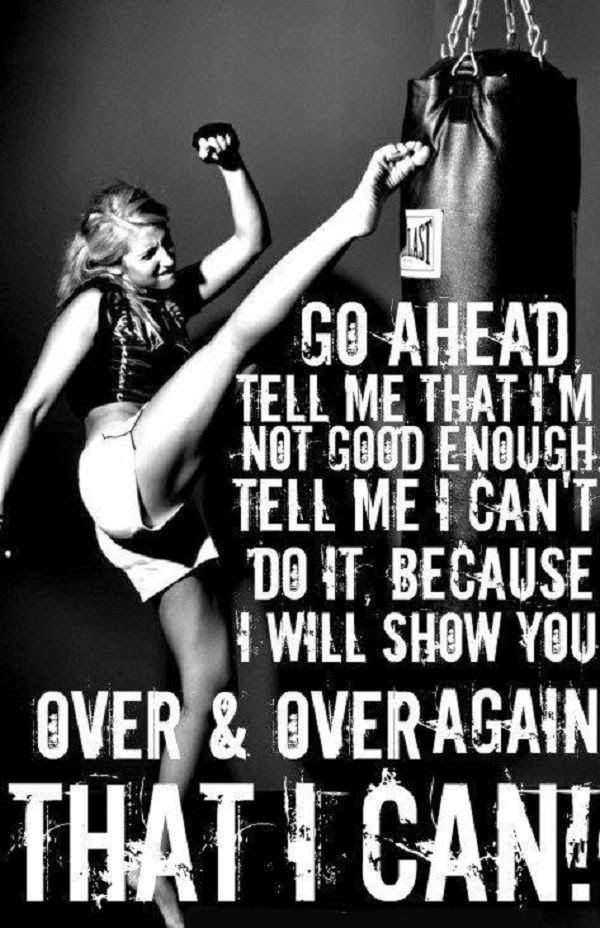 With 36 days to go until the ballot papers are crossed, a third of women are still undecided as to how they will cast their vote. Why?
It is reported that women are more reluctant to make their decision without concrete guarantees and full facts on each matter, where as our male counterparts are more readily willing to have belief in the success of a Yes vote. The gender gap here is around 12% of a difference. As women make up more than 50% of the electorate, we could hold the key to the outcome.  What's the problem? The gender of the cautious, most likely to vote through fear rather than vision and confidence.  The demographic who are allegedly not as engaged in politics (why is that?).  There are no guarantees from Yes or No on every single matter, as is the case for most things we do in life.  A friend said to me, "you bought your home, married your husband and had your child, all without any guarantees", and she was right. 3 huge big decisions in my life, made with no guarantee of success or failure, and its the same for indy.  Some people may scoff at this, if that is you - take a look in the mirror and ask yourself, what have I done or decisions have I made, without a crystal ball and cast iron guarantee - probably most things?  Women not engaging in politics, I don't buy that, more and more women are getting switched on now and are engaging, but are they switching on to whats going on outside the mainstream media, or just listening to other people's opinions?
The main concerns that keep coming up from women are currency, affordability of indy, pensions, and education (for children). Having previously covered all topics (with the exception of education) thus far, I see no need to repeat the positives of independence and quash the BT fear machine.  So instead, I want to look at what it means to be a woman in Scotland.

1.  Currently in Holyrood, 44 of the 129 seats are held by women.  At 34% that may not seem like much (the figure was actually 39% in 2007). Of those 44, 1 is the Presiding Officer (Tricia Marwick), 2 are party leaders (Johann Lamont, Labour and Ruth Davidson, Tory) and 1 is the Deputy First Minister (Nicola Sturgeon, SNP, who come independence, may end up as our first female first minister).  Compare this to Westminster, whereby 147 of the 650 seats are held by women (22%) and only 1 party leader (Natalie Benn, Green Party)
Proportionally, we are better represented in Scotland, not by token women  in cabinet positions, or positively discriminated positions, but by women there on their merit and ability to do the job.

2. Childcare. The increased provision in increased nursery places and time in nursery  for pre-school children. While this does not affect me and my situation, it opens up the opportunity for many a mum who wants to work, to be able to do so, as their child(ren) will be in nursery.

3.  My son was born on the NHS, with excellent care of my midwives. I don't want, in years to come, the decision of the possibility of any grandchild(ren) to be based upon whether or not a baby can be afforded pre and post natal care and a safe birth. Who is to say how much medical bills would be in a privatised Health Service? How about the cost of smear tests - I have friends who put off getting their smears now, I doubt paying for them would actually encourage them to go. Or the over 50's mammogram screening, not cheap.

4.  Equality and social justice are to be part of the new constitution. This means we are being given a voice and an equal platform to ensure we get the opportunity to live the best we can, in a fair system.

5. We will be working away from the austerity measures implemented and continuing under Westminster.  Women have been the worst affected with the welfare cuts, which have seen an increase in child poverty and the use of foodbanks for the unemployed and the working poor.

6. A living wage. Working on little more than the national minimum wage myself (my choice it has to be said, made for the benefit to my family, rather than the financial gains of remaining as I was, although that job is now redundant...), Many women are in low/poor paying jobs, trying their damndest to support their families. We need the living wage to live, not just survive.

7. I have confidence and belief in myself and in my country that we are not setting ourselves up for a fall.

The media constantly refer to the break up of the UK as a divorce, with Scotland being portrayed as the woman. So in the interest of humanising the indyref, here is some advice from the internet to Scotland,  in getting through the divorce:
Rihanna - "Never underestimate a man's ability to make you feel guilty for his mistakes".
Unknown - "Men are scared of strong and independent women, because we will question, we will be better at some things than you and wont blindly follow".
Ann Landers - "Some people believe holding on and hanging in there are signs of great strength.  However, there are time when it takes much more strength to know when to let go"
Lao Tzu - "New beginnings are often disguised as painful endings..."
and post the D.I.V.O.R.C.E. party :
Madonna - "I'm tough, ambitious and I know exactly what I want.  If that makes me a bitch, then ok".

Throughout history, women have fought for what we have now (increased social standing from 2nd class citizens, movement towards but not yet complete equality with men, in the workplace and in life, for the vote, for the right to an education, for the right to choose and make our own choices). The time is now for us to take that torch and go forward, into the next chapter, the freedom and right to govern ourselves. It takes guts and courage to do whats right, rather than whats easy or safe. Some say it takes balls. I prefer Betty's White's take on that one : 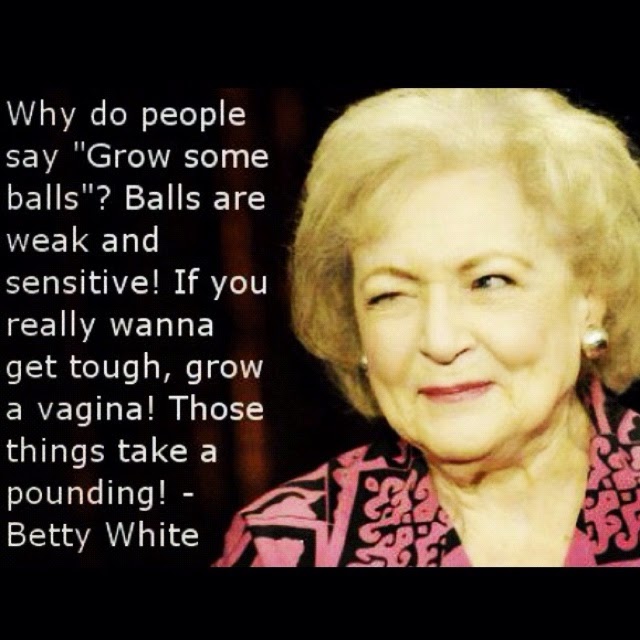 Come on ladies. We can do this. Be brave. Think of the next generation.
If Scotland and her women are in any doubt, take your lead from Audrey Hepburn:
"Nothing is impossible, the word itself says I'm possible".