Waiting for someone from Better Together/No Thanks convincing me that staying would be a GOOD thing.
Not through scaremongering stories. Too wee, too poor, too stupid. Leaving the UK would be "cataclysmic"
http://www.bbc.co.uk/news/uk-scotland-scotland-politics-26933998
Not through bullying tactics. (You vote yes, you're not getting the pound or the BBC. No pre- referendum negotiations, so that the electorate can vote on a fully informed playing field)
Not through fake, self-serving celebrity endorsements.
(http://www.express.co.uk/news/uk/496670/Celebrities-sign-open-letter-on-Scottish-independence) and
( https://www.youtube.com/watch?v=ZG6ttqzms6U#t=19)
Not through 'misleading' information published on mail drop propaganda.( https://www.youtube.com/watch?v=CVwGbwcP1Ac&feature=share )

I genuinely would like for someone to tell me that staying as we are IS the best thing to do.
Someone please explain to me, why spending £billions on nuclear weapons, a high speed rail link from London to Leeds, House of Lords, etc is better for us, than say, spending these funds on health care, welfare, or education?
How about the 'McCrone report #2' - the Clair oil field, all hushed up, rumours of rig workers being sent home on full pay until September - are we better off leaving the control over any oil resources and future revenues to the powers in Westminster, who squandered the last 30 years worth of wealth?
How about our future pensions - if sharing the pension pot equally among 60 million people as opposed to 5 million is better and more secure, why does the UK have the lowest pension in Western Europe?
When it comes time for the General Election, how can Scotland ensure it is governed by the party/parties it votes for, and not the party/parties voted for by the rUK?  As I believe in democracy, I understand how the majority vote wins, but when an entire country within this union ends up governed by a party/coalition that is so far removed from its own political ethos, how does mean we are better off staying here?
The Barnett Formula. Can someone in the BT camp please explain how, if the aloted money in the block grant is reduced to Scotland, how will we be better able to protect our NHS and most vulnerable within the welfare system, when we use the funding from the grant to support them just now? If we have less money to spend, we will have to make cuts from somewhere...  before anyone says that we are over funded and receive more than our fair share, please remember that we pay in more per head than the rUK.
With the subsidy junkie mentality inmind, can someone then please enlighten me as to how, if we are such a drain on the UK purse, why the hell you want us to stay??

What positives do we have to celebrate if we stay? Real reasons, not the usual guff, of we're just one big happy family - I have friends and family over the border and our relationship WILL NOT CHANGE!
What does a positive UK look like in the event of a NO vote? We know it is not the status quo and that business as usual is not how it would go. People tell me that they are undecided about voting yes, as there are too many uncertainties in iScotland, so tell me, please, what does Scotland look like in the UK post spring 2016? What guarantees do we have there?

Are the positives enough to keep us tied into a broken union? A union that has had to rely on bullyboy scaremongering tactics to get into and remain in the Scottish psyche, belittling our efforts, our ambition and our abilities.

I have not heard a reason goood enough yet to make me want to stay, when we have an opportunity such as the referendum, to actually fix what is broken in our country and take full control over all of our affairs. When people tell me that we need to stick together to fix it together - I just think, well, how did it get so broken in the first place? What is the government doing now to fix it and why is that not working? Simple - the government is not working for the people of the UK, they are working for themselves and their peers. Just take a look around and see where the cuts and tax breaks are. How and where is the wealth being distributed? Look at other countries, like Iceland and see the differences in government and the lives of the population.  Or read the Common Weal!

Yes! Only Yes can fix,rebuild, remake, reshape and revitalise our country, for all of us. And hopefully give Westminster a kick up the bahookie that it needs, to take stock and think about the people to whom it is answerable to, and start governing accordingly. With a No, Westminster will continue to break up and tear down what is left of the UK. 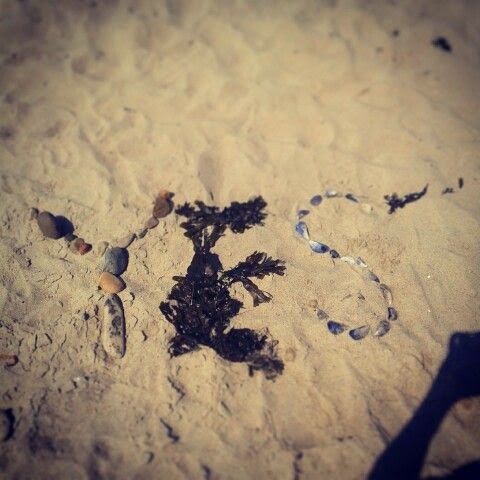 This may seem a little petty, but today, I want independence to prove to the naysayers that they are wrong!
A child-like "na na nana naaa, I told you so!"
Yes its petty, but so too are comments being made from the No camp on their various social media sites, from the newspaper articles being published and from the leaders of No Thanks/BT/Project Fear/UK Government. I have just finished reading an article by a blogger Politica Sancturium as to why Scotland shouldn't be independent, and I cannot believe that I am still seeing those ill informed misguided points.
We (us on the side of indy) are repeatedly mocked for our view of iScotland, we are told we are anti-English bravehearts. Our most popular and productive politician (Alex Salmond) has been and continues to be demonised and vilified and ridiculed. Lies are told by NO, debunked by YES, rinsed and repeated. The negativity from the BT Facebook page is awful and should any Yes person pose a question or challenge a comment, they are blocked.
I am even further frustrated by those who, are not undecided, but not bothered! How on earth can people not be bothered??? I went out canvassing door to door during the week, and quite a few people said they hadn't yet looked into it.  In one home, the guy that answered the door was undecided as hadn't looked into anything other than the televised debate, but was leaning towards YES, but his wife was leaning towards NO. He was going to start his research with the white paper though.  In another home, the woman ( I would guess, in her mid-late 20's) who answered the door admitted that she probably wouldn't vote as didn't pay attention to politics and was sick of the whole thing anyway, wanted her Facebook feed back to normal.
AAAARRRGGGGGGHHHHHH!!!!!!!!!!!!!!!!!!!!!!!!!!!!!!!!!
Complacency, apathy, ignorance, "I'm doing alright, so that's fine", encouraging anti-English sentiment in Scotland by incorrectly accusing the YES voters of this, will not only NOT get us our independence, but it will do NOTHING to help ANYONE in this country, or our relations with other countries either.
The No vote is a slippery slope and the only way is South, literally and figuratively.
A bit of a ranty post today, through sheer frustration.  The support for YES is mounting, we have over 1million citizens now signed the declaration, but the tone and misinformation and tactics used by the otherside leave me not only frustrated but sad too, sad that this is how our nation is viewed.

Today's post was brought to you from Little Miss Yes - the name I was called by one middleclass complacent person who hadn't looked in it yet.