...since I wrote anything other than about the upcoming referendum.  I currently eat, breathe, sleep the indyref, especially since it is less than 1 month away.
However, first and foremost, I am a mother to a very enthusiastic 4year old, and between blogging on my 100days100reasons series, I get on with living and learning with this little chap and Hubby. So what have we been up to over the summer?
Well, we have been to, played and picnicked in Stirling Castle, Linlithgow Palace, Annet House and Craigmillar Castle with our friends, making new friends at Craigmillar, as we went with the Historic Scotland Home Ed group and met 3 families whom we hadn't met before.
We have been to the Falkirk Wheel on numerous occasions, always with the same outcome - ice-cream cone, bare feet, soaking breeks (Kiddo, not me), neither of us caring (regardless of weather/temperature). Although I do get regular funny looks from other parents, who like to tell their children not to play in the water play park, which incidentally is designed for children to get in and play in... 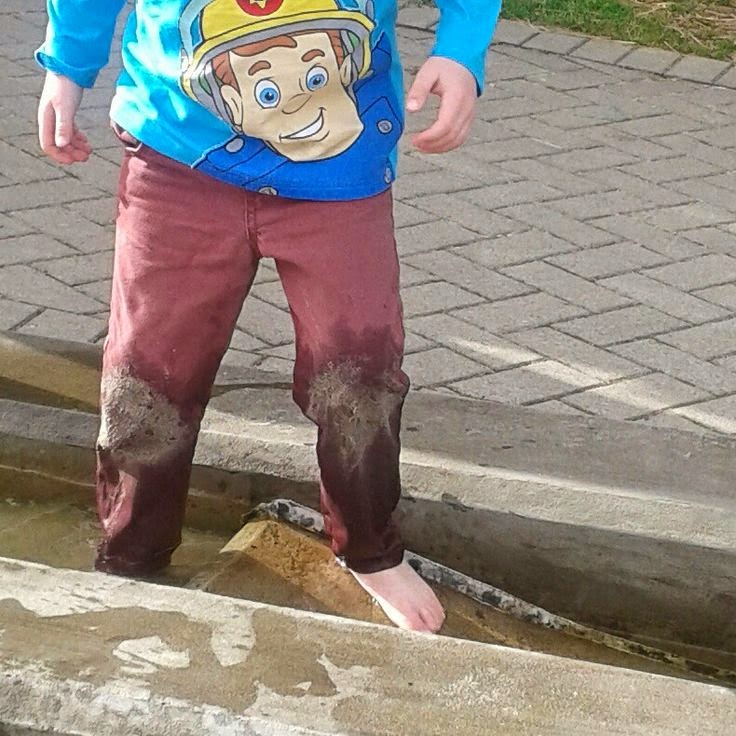 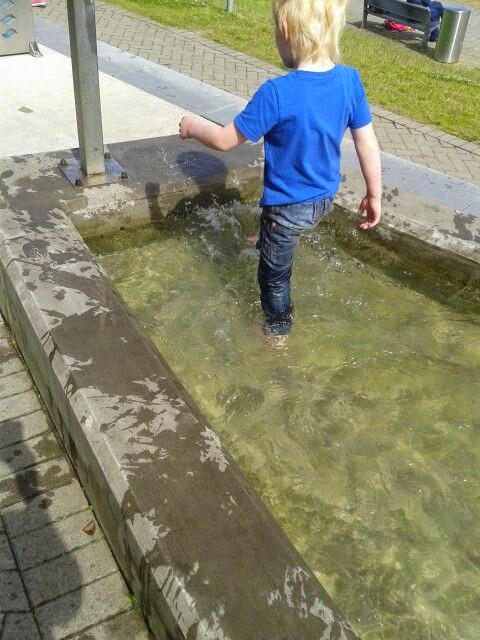 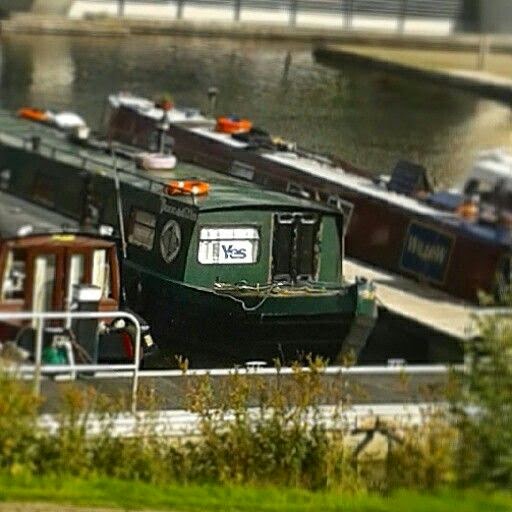 We were particularly delighted to see one of the canal boats had got their Indyref Yes groove on, on Saturday when we were there.
Stirling held a Play In The Park one afternoon a week over the holiday, we went along to one in Beechwood Park and played with the various sites - big sand pit, floor sized draughts board and naughts n crosses, 4ft high connect 4, and the regular play park climbing frame. Kiddo's favourite part was the clay tent, where he made a nest of dinosaur eggs. Yes, this is a nest of dino eggs! 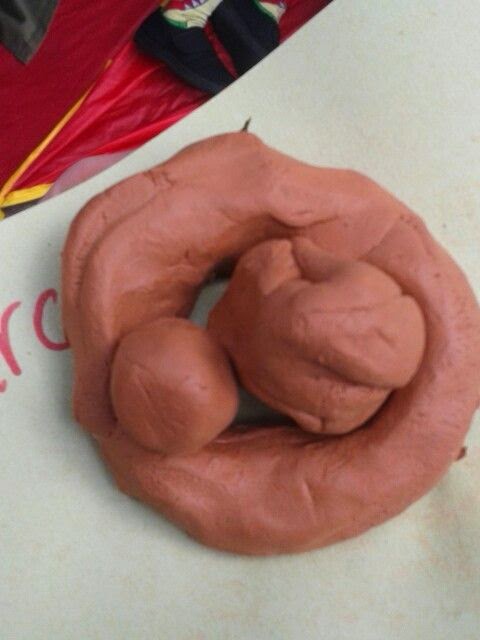 Of course, this being the summer before the referendum, we have been getting our YES presence felt. Having collected a fair few flags and badges and banners, and picking up a fair few more at Jim Sillars' tour in Margo Mobile, Kiddo (with a nudge from me)﻿ has redecorated the close - out with the summer decoration of cocktail umbrellas, and in with YES 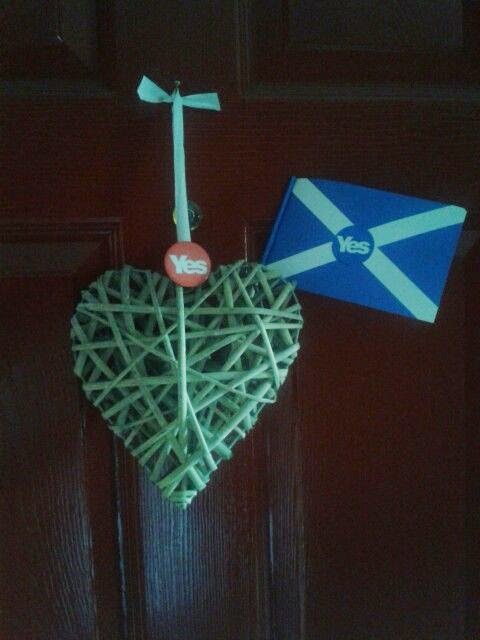 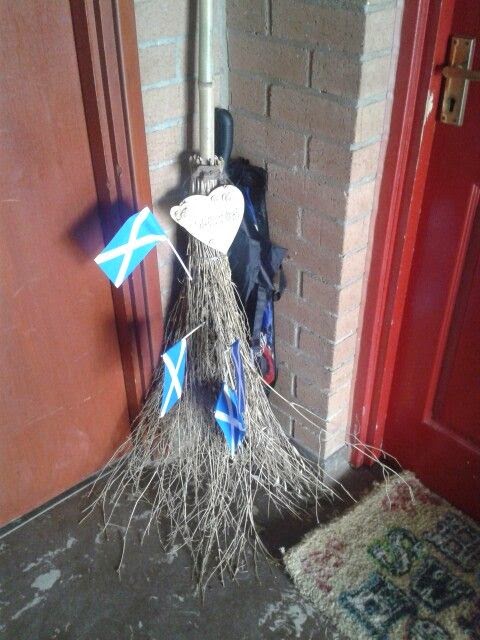 I have to confess to going back out and rearranging the flags, putting out the banners and Yes signs, but once Kiddo realised this had been done, it was swiftly undone....and once again looks like the above.  Note to future self : Never mess with Kiddo's creations!
Jupiter Artland in Edinburgh was another place we visited - very cool, lots to see and appreciate, Kiddo's favourite part was feeding the donkey's with his wee buddies.
We've baked cakes, which were delicious, and one banana and walnut loaf that was less than delicious...I will hold my hand up here. Kiddo's efforts are usually nice and light and moist, but when I mistakenly told him that he was to use baking powder not bicarb (American recipe stated baking soda, but I wasn't paying attention), the resulting 'thing' that came out the oven could have sank a battle ship.  Needless to say, Kiddo was deeply unimpressed...
But for the most part, we have played. Played with dinosaurs, and been dinosaurs or paleontologists, and played with lego - Hubby's birthday was earlier in the month and its been Lego Central since. We have been reading and it would appear, writing too. I asked Kiddo one day what he wanted to do that day - he chucked me out his room saying it would be a surprise.  When I was allowed back in, this is what he wanted to do that particular day : 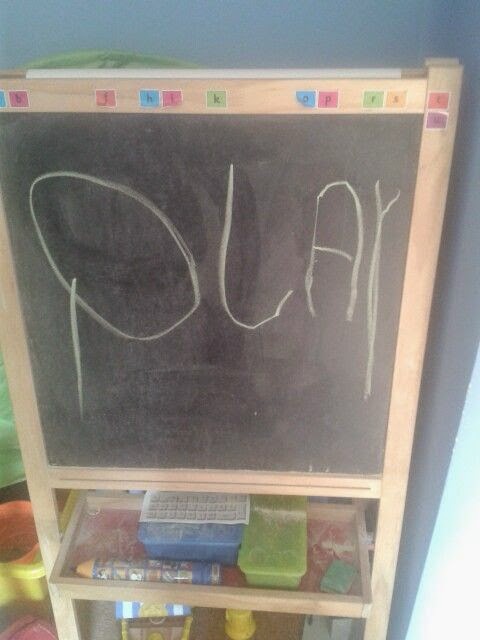 He never fails to surprise me.
But now, its not all fun and games round here. No siree!
I had a wedding to attend. The wedding of my beautiful couin, whereby I was driving. I had a lovely dress, cracking new electric blue skyscraper heels, and had to drive to Glasgow like this :
﻿ 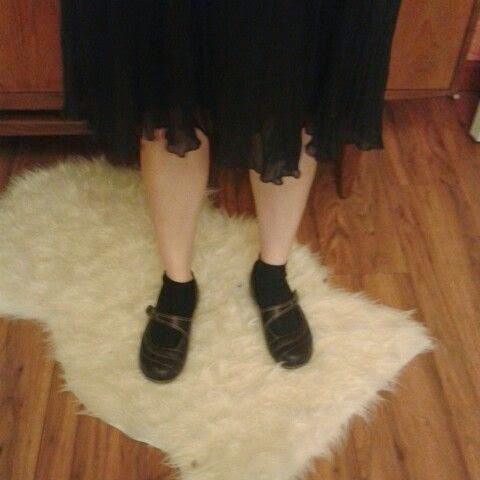 Much to the horror then belly aching delight of my sister and Hubby. I have never been so glad to have not crashed the car - imagine having an accident with these feet!!! At least I was able to drive safely, if ugly.....
It has also been a sad time. A time to finally say good bye to my favourite and best pair of jeans ever. 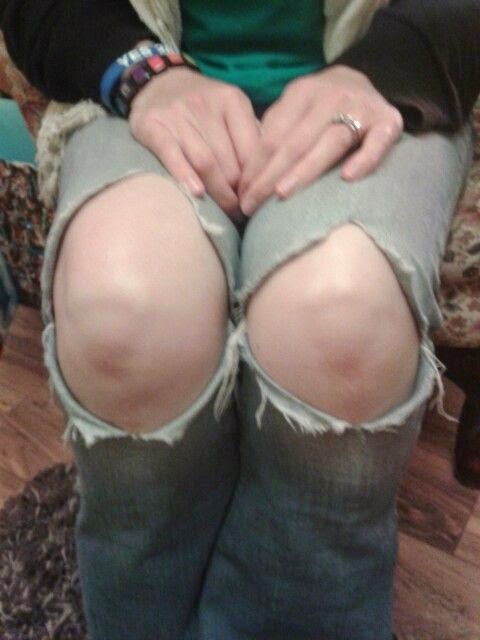 My knees can no longer take the exposure - you see, when I stand up, my knobby wee knees actually have faces in them (I kid you not!), and the 'cool' torn ripped jeans no longer look 'cool', just 'done'. I now need to find me a new pair of suitable jeans that fit (no mean feat, I'm an awkward shape/size) and are flared -  the most flattering and 'cool' of styles.
So that's been our summer. We're looking forward to autumn (my favourite time of year), and with the big tree out the front of our block already shedding its leaves, I don't think we will have long to wait.
But first things first -  I have an Ice Bucket Challenge to complete - resulting video to follow.
x
Posted by Lissa at 16:00 No comments:

THIS!!!
A Facebook friend and fellow blogger, Steven McBrien, has written a letter to No voters and would be No voters, which I have permission to share. (It is already going viral, but I do like to get the author's permission prior to sharing)
Please take a few minutes to read this, and see if you would vote no.

Steven has written many an epic piece on the indyref debate and the state of the union, but this one deserves a reblog and a dedicated day from me, all to itself.