The future of Westminster...

...and a potential Conservative/UKIP (ironically this acronym stands for United Kingdom Independence Party) coalition come the General Election of 2015.
How do you feel about that?
A right wing and extreme right wing government, set to govern a centre left Scotland?

We all pass comment on the Tory's elitist boys club, about how their austerity measures are punishing the poor, comment on the rise of the food banks, the increase in the wealth at those at the top of the money tree, the tax breaks and tax dodges from those who can afford them.
What about UKIP? In the run up to the European elections in May if this year, their leader, Nigel Farage, was never off the front pages of the papers, and never off BBC Question Time - the amount of air time and column inches given to him and his party was obscene. But negative or positive comments only played to Farage's advantage, and his party won seats in the EU Parliament - including a Scottish seat! How was that even possible?
The problem with UKIP, is that it plays to the fears and prejudices of the general public.
If we think the Con/Dem coalition is bad, "we ain't seen nufin yet", if the predictions are true.
As it stands just now, with one Tory MP just this week resigning from his seat and jumping to the UKIP ship, and a reported possible 8 more to follow, the end looks neigh for the Con/Dem coalition. A report from rt.com has suggested that a third of Tory voters would prefer a UKIP coalition. As would Nigel Farage. In a recent Telegraph interview he said :

“If I was David Cameron I would reason I have had a very sharp decline in support since 2010. I have basically lost it among blue-collar working class voters, the area in which Ukip has done best.
“There are a number of constituencies out there that are not the wealthy areas of London or the leafy shires – Kent, Essex, parts of Lincolnshire – where they are lying third.”If I were Tory high command I would say there are a number of seats here that we probably aren’t going to win but that Labour probably is going to win.”If we gave you [Ukip] a run in those seats the you would leave us alone in a lot of other seats that don’t have those socio economics. I’m thinking the more middle class areas such as Dorset and equally suburban seats."
What does this potential future mean to the everyday Scottish voter?  We have already heard that there are approx. 70% more cuts coming to the UK to reduce the deficit, the NHS privatisation will continue, more Lords are now comfy in the House probably with more in the pipeline, we will STILL have no oil fund, fracking will go ahead (right under our feet, for those of us living in the central belt of Scotland), no productive investment will be made into renewable green energy, Trident will be renewed at an inordinate expense, HS2 will be built and partially funded by us, need I go on? But what about the UKIP input - what do they have to say on the wee matter of Scotland?
First of all, from their own website (here), their misson statement states :
"...becoming a democratic, self governing country once again...good enough to be an independent nation, trading and building harmonious relations with the rest of the world...control over its borders, so that it can welcome people with positive contributions to make...Britain has become to large, too expensive and too dominant over civil society"
This may read positively, but they are only about the UK as a whole. They actually oppose Scotland's independence from the UK.
Their 2014 manifesto, at first read, appears to say all the things we hear everyday from people up and down the country and in the press (although their green credentials are nil), but when you look behind the punchy one-liners to the nitty gritty of their 'policies', the truth is, an extreme right wing politics is the polar opposite of what the majority of Scotland are about.

Their former president in Scotland (who was fired in November 2013), Lord Monckton (hereditary peer and former Conservative political advisor to Thatcher), is of the opinion that all MSP be removed and Holyrood be filled with Westminster MPs instead.  Now, while he hasn't outright said that the aim would be to abolish the Scottish Parliament; we would not infact have a Scottish Parliament, without MSPs! This proposal would render us back to pre devolution, pre Scottish Parliament, back to a time when all we had was a Scottish Grand Committee.
This is the same Lord Monckton who has in the past declared : 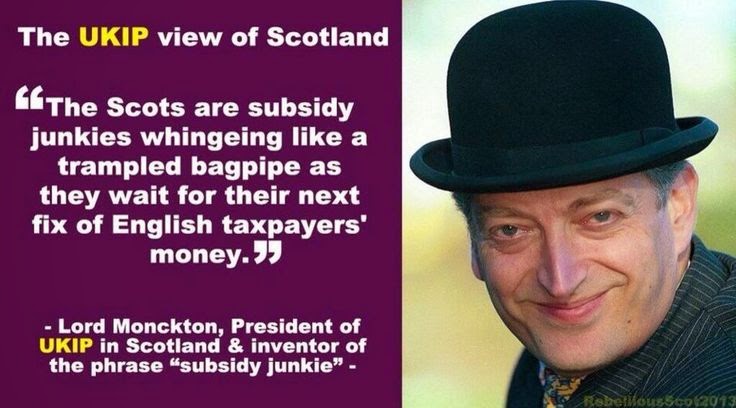 But what about UKIP in general; what about their policies and the opinions of the party? 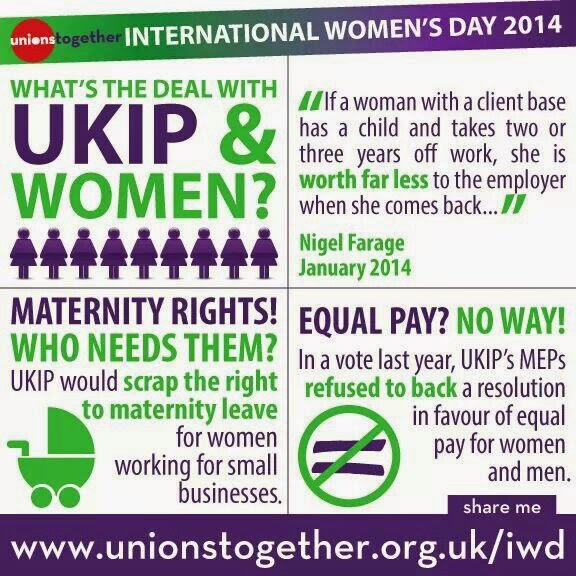 And what about their leader? 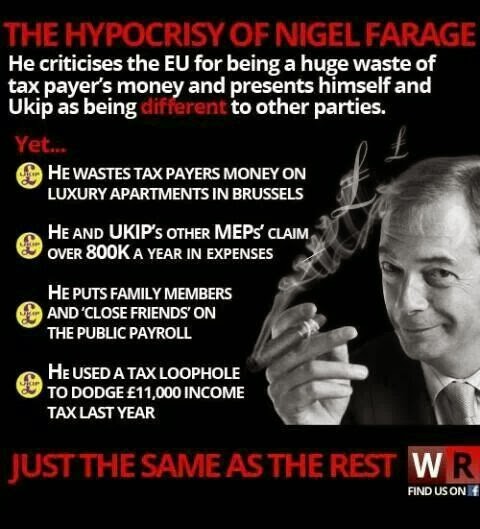 While no-one has a crystal ball that can accurately predict, or see into the future; we don't know if the forecasts are right of such a government coming into power after the next election. It is entirely possible, yet highly unlikely that Labour will, by some miracle, remember their roots and what their party actually stands for, and win the aforementioned election, all on their own, no coalition. I am not prepared to take that gamble.
I am well aware that the Indyref is NOT an election, it is a referendum to determine whether or not Scotland should be an independent country. If staying in the UK means another Conservative government, with or without a  UKIP coalition, I for one firmly believe that we are better with indy than with reduced powers to Holyrood, to be toyed with and teased, with mere titbits from the Westminster table and kept firmly to their heel, theres a good scotty.
#100days100reasonsforyes
x
Posted by Lissa at 16:54 No comments: