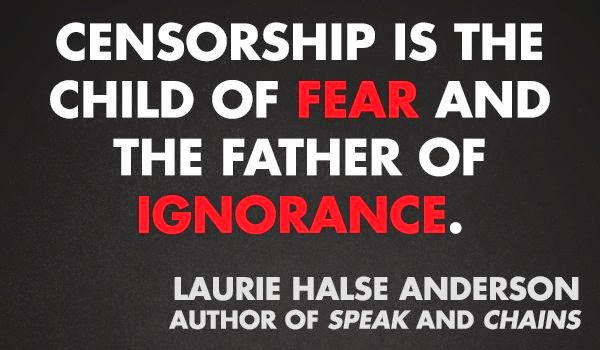 Throughout this referendum, people have been able to have an opinion on which side of the debate they are either voting for or leaning towards.  Over the past week or so, this openness and freedom to express opinion has turned. Rather rapidly.

Personally, as I have mentioned in previous posts, I have been told "Do NOT mention the referendum" or "There will be NO discussion of the indyref today" on 2 previous occasions, but I have since been on the receiving end of such censorship again. Twice more, infact! As it stands, my right to discuss the biggest, democratic, political life-changer in our lifetime, with people who are engaged, wish to discuss or debate the pros and cons, try to figure out which option has more sway with them and their desire for the future etc, has been cut off. A wedding, a family dinner (make that 2 family dinners) and at work, are no places for adult conversation apparently. This is most frustrating at work, when all I have to offer is "Sorry, we are not allowed to discuss it with the customers". I feel as if I should jut go and eat my cereal. Instead, in these times I have a silent demonstration with my YES badges and wristband which I wear on my handbag, jacket and wrist.

Censorship is clearly evident throughout the Main Stream Media.  The much discussed bias shown from the BBC and STV and their journalists. Strong YES stories obvious in their omission. The protests against the BBC and the awful treatment of the Weir's were hardly, if at all, reported. Thank goodness for Twitter, YouTube and Facebook. 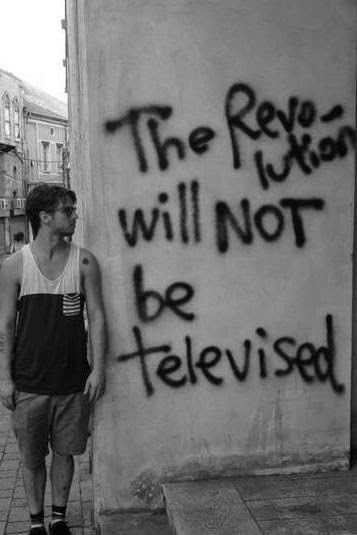 Speaking of which...With less than 2 weeks to go until the whole debate is decided upon, people are turning off to any discussion, stating that their minds are made up, they can make their own decisions, are sick of hearing about the potential outcome of our future - that future that we and the next generation(s) will have to live with.  My facebook feed is full of memes stating the above and rants of the same opinion.  I cant decipher which way these people are voting (some, I can figure out, but not all), and truthfully it is none of my business, but if I want share information on my news feed that I think is relevant to referendum, I will. It is my page afterall.  I have already answered the counter posts, advising friends that they can always unfriend or unfollow me, until after the 18th September or permanently, its up to them. Telling me to stop posting indyref status updates or rather, passive-aggressively ranting about the amount of indyref stuff out there and wishing folk would shut up about it, is essentially censoring what I put on my own feed. Its brilliant that people have made their minds up, but some people haven't, and if anything I share ends up helping someone reach a decision, YES or NO, then that's a positive thing.  I have no objection to the No Thanks/BT stuff I read, being posted by friends who support that campaign - its actually interesting to read what the opposition are saying.

Freedom of speech is fundamental to democracy, and integral to social discourse. I will not be censored again. I have zero desire to remain part of a culture/society/union where I am not freely able to discuss important topics, just because people are afraid of the discussion becoming heated, or are bored with the topic in hand. I obviously don't mean I want to shove my opinions down people's throats, but if a topic such as the referendum came up, I have the freedom to be able to chat about it.