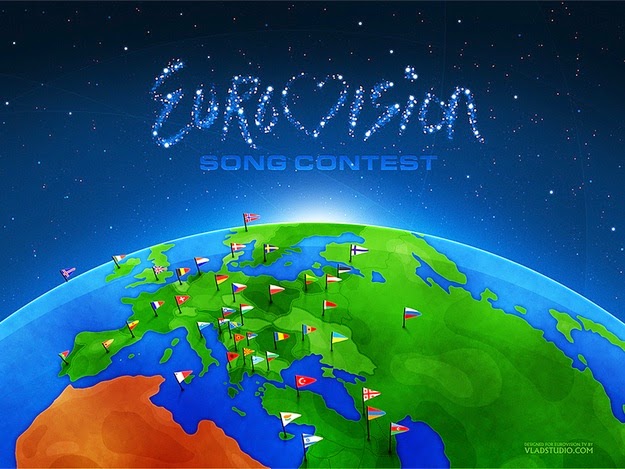 Who doesn't love a bit of Eurovision on that one Saturday night every May? Its iconic. Its part of our shared culture and heritage with the rest of our continent.  It used to be about laughing at the other competitors with Terry Wogan, who's commentary got increasingly funny the more he drank, now it Graham Norton's hilarious take on the event. The commentary is often better than the majority of the acts. The Eurovision is kitsch. Its quirky. Its weird. Its wonderful. Its eccentric. Its cringeworthy. Its flamboyant. Its a pisstake. Its sarcastic. Its game for a laugh. It pushes boundaries and tests taboos. Its an assault on the eardrums. Its an assault on taste. Its a total cheesefest and I love it.

Sadly, it is shown on the BBC, and should Scotland win our independence and believe what he are told from Better Together, we won't ever see it again... Not ever... We won't be allowed to enter either, because we are allegedly not going to be in Europe. However, according to the official Eurovision Song Contest website, any country with membership to EBU (European Broadcasting Union - which once we set up our SBC, we can apply to join) and are within the European Broadcasting Area (which we are, as are Israel, Northern Saudi Arabia, Iraq, Jordan and Syrian Arab Republic. Morocco, (an African not European country) entered and competed  in 1980, they did not however win.

The voting section is always exciting. The 'political' voting tactics used - guaranteed that the Eastern block countries will always vote for their neighbours, the Scandinavian countries also like their neighbours entries. The UK regularly take a pounding in the voting - no-one really wants to vote for old Britannia, flogging the dead horse of the Empire.

Our ability to partake in or view Eurovision will not have any impact on my voting on 18th Sept, because at the end of the day, it is not a deal breaker. Yes its fun, but its also expensive. It'll be on iplayer and youtube. If we compete we will be competing as Scotland, with our own singer, and can have a shot at getting douze points, like Lulu did with Boom-Bang-A-Bang in 1969.