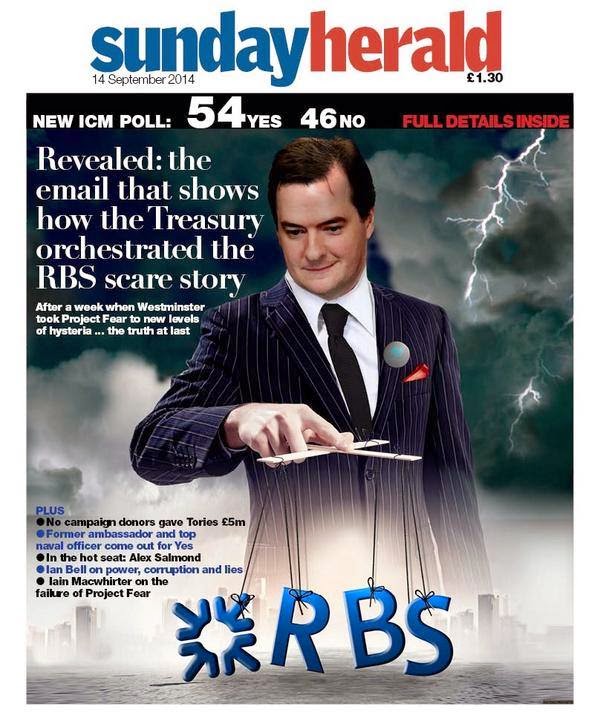 All over social media in the past few days, has been the shameful manipulative editing of the Biased Broadcasting Corporation machine at its finest.  The press conference with Alex Salmond where Nick Robinson's questions were put to the FM, answered, then edited in a negative light to broadcast to the viewers at home.  Thankfully we have social media which aired the interview prior to editing, hours before it was broadcast into our livingrooms, and highlighted this blatant distorted representation of the press conference.  Take a look for yourself here

Over the past couple of years the level of dirty politics, bullying, threats and use of scaremongering tactics have increased in volume and content.
We have had ridiculous threats like:
Scots can't leave the UK and keep Buckfast
All the banks are leaving
Independence would be catacalysmic for the world
Leave the UK and you're not getting the pound
We'll put boarder guards in place if you vote NO
We'll not get Dr Who and Strictly 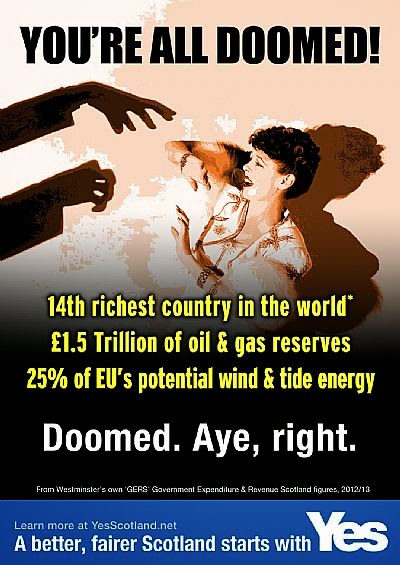 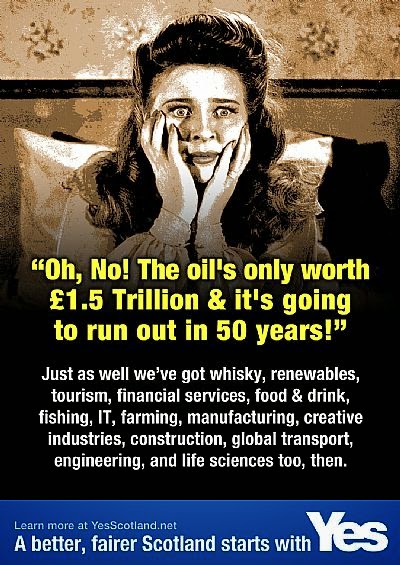 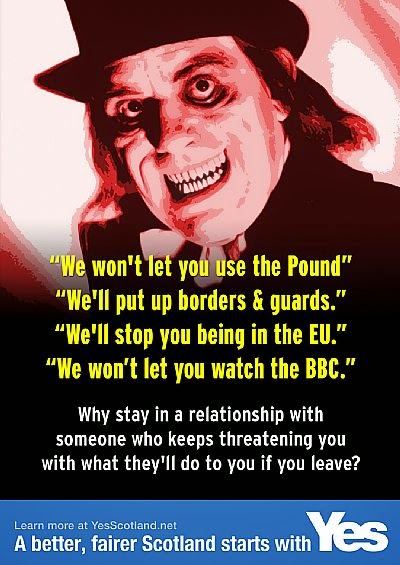 And finally, you see, the thing about all this skullduggery and lies is, a liar is always caught out.  Especially if someone forgets the biggest lie they were meant to maintain...Step forward Mr William Hague.  While the 3 Stoogies were in Scotlandshire trying to convince everyone that staying in the union was the right thing to do and spraffing about Devo Max, Wee Willie was at PMQT telling us the opposite : you just couldnae make it up!
Politics is not known for its honesty and integrity at the best of times, but this whole indyref has really highlighted the levels of dishonesty, fear-inducing and underhand tactics in play.
Who do you trust more? 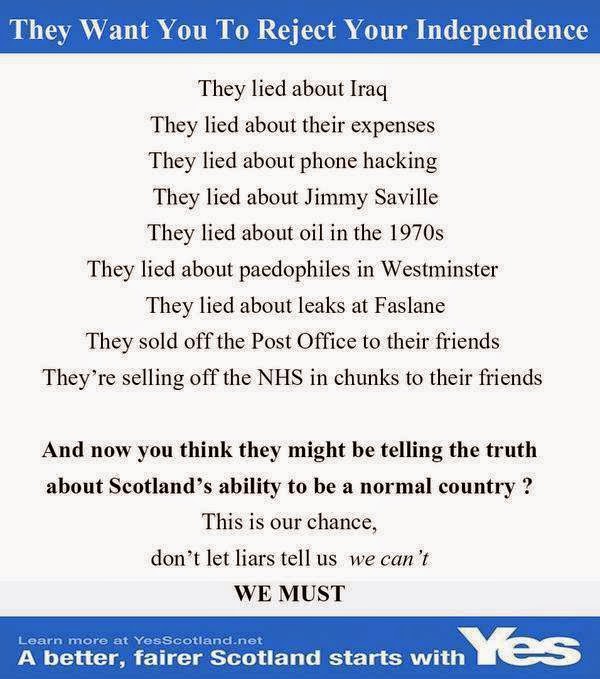 Tick Tock, only 4 days to go.  This mornings polls show another swing to the YES leading by 8 points at 56% (biggest swing yet).
After last Sunday's 2point lead, the furious parent in Wastemonster kicked into action and the my goodness, I thought we were going to get grounded! "Don't you dare break up the union...or else...!!!" As if this petulant rebellious teenager would ever dream of such an affront to the family, I mean with all this independent thinking, taking care and responsibility of oneself, just what would the neighbours think?
Well, Spain across the street a couple doors down, they're not best pleased, their wee one has the same notions. Further along the street, Belgium and further again, Italy have reservations due to areas within their borders seeking to their own independence too. (I have no knowledge of any of these 3 situations and do not pretend to. I don't know, and frankly at this time do not have the time to investigate whether they were formerly their own country and were swallowed up by the bigger area or not, but Scotland WAS and REMAINS a country in its own right, but is bound by an old agreement to be a part of the United Kingdom, a tie from which it now wishes to severe). But the rest of the neighbours have no real concerns. Especially them in the street over the back, Iceland.
Back in 2008 when the financial markets collapsed, so too, did Iceland.  This blog post from Shaun Gibson explains how it collapsed and how they brought themselves back up again. The Icelandic story is a truly inspiring one; one which Scotland should take note of.  Could this be a reason why Wastemonter is bearing down on us from their perceived mighty height, trying to lord over our political awakening and democratic right to be an independent country?

Why Iceland Should Be In The News, But Is Not, by Shaun Gibson