Its a Monday Thing

Monday - typically the day when we start something new. All good intentions start on a Monday - a new diet, a new exercise regime, keeping the house tidy, taking packed lunches to work, preparing the night before for work the following day, being more careful with money - we always get the weekend out the way and start afresh on a Monday. Or maybe that is just me?
Today is no different. I have got the weekend out the way, and today is the start of something new.
A new look to the future. Accepting what has gone before, and embarking the next part of our journey.
I have read through my post Its a New Dawn and it doesn't sound like me. On reflection it reads rather bitterly, and bitter isn't in my make up - sarcastic, gobby, smart-arsed, yes, but bitter, not so much. Ordinarily I can find that silver lining in most clouded situations, but I really struggled with this one. With my head un-fugging (although my heart is no lighter), I am beginning to see that shimmer of silver trying to catch my eye. Bitter Together was the opposition in the indyref, not the positive, looking to a bright future of hope, that was the Yes side.
Its no good blaming the 55% for letting 'us' down - they voted as is their right, based on the information they had  - whether they researched it or not, whether they relied solely upon MSM or not, whether it was old-fashioned outdated ideas of what they thought they were voting for, or whether they had no clue what they were doing and just voted they same as their pals or parents, it is now irrelevant. 55% of the population voted to remain united with England Wales and N.Ireland. No bloodshed, no war, just a democratic choice and free will - the didn't have to vote at all if they didn't want to, but over 80% of the electorate made a conscious decision to vote.  The biggest turnout ever in a UK ballot.
In the same vein, its no good blaming the elderly for saying NO, despite the fact they lived through the hardship of the Thatcher years following the 1979 vote.  They were lied to in the printed press and on every news channel - if all the MSM are saying the same thing, are they going to believe us?  The vast majority of these people are not online and are not seeing the other side.  Moving forward this needs to be addressed - how can we reach out to those who need more balanced info the most?  The petition is already well underway with signatures for SBC (Scottish Broadcasting Corporation) and independent Freedom TV is in development.
The number of people who are now regretting their decision should be welcomed into the fold, not villainised  - it has probably taken a lot of courage to confess their regret.  The more people who want independence the better, leave the past in the past - we now need to focus on the future.
When #the45 then #the45plus came about it was a great feeling  all of us rallying together, 1.6million people voted for independence, 45% of the electorate. We would stick together and make a change. Now after a couple of days, I am questioning whether this is a tad divisive? Is it turning more people away from supporting the cause? Do we need to come together under a different name, one more inclusive and inspiring? There are a few suggestions being tested on Social Media, I particularly like the Butterfly Rebellion, but that may be more to do with the fact I LOVE the logo 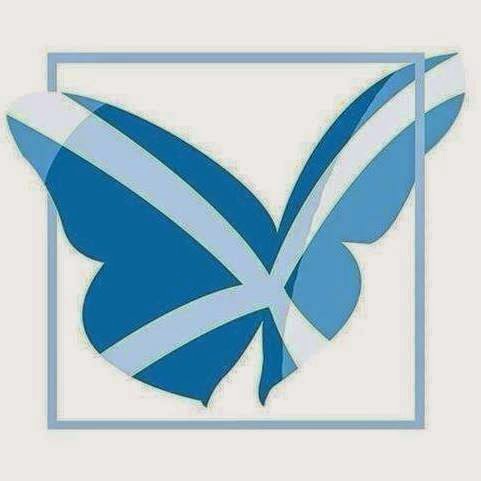 What has been the most successful outcome so far, has not been the finger pointing "I told you so's", particularly with today's announcements from Labour (Child Benefit Cap, stopping winter fuel allowance for pensioners, increasing retiral age, tweeting about only being able to save the NHS under Labour, DESPITE telling everyone that YES were scaremongering over the NHS during the indyref) and the devastating news that Ineos has bought the fracking rights right to Grangemouth, as reported in the Guardian , has been the upsurge of political party membership since Friday morning.  In 4 days the SNP have now become the 3rd largest party in the UK, overtaking the LibDems with membership numbers. The Scottish Greens have grown by more than 3000 members and the SSP by more than 2000 - this is unheard of and fantastic. It means that the population are now engaged, focussed and actively involved in taking an interest in how our country is governed.
Another wonderful outcome has been the focus on food banks - not from the political parties, but from the people on the street - us! The food bank donations in George Square are incredible.  There is a donation day planned in my home town on Saturday this week, already the support on Facebook is breath taking - compassion and support for each other in our communities has not been so strong in a long time.  A change is afoot - forget the Me-First politics and ideologies and remembering All-Of-Us (as per The Common Weal) is happening, and it is a beautiful thing.
The friends I have made over the past couple of years, more so in the past year (some of whom I have never actually met, but have developed bonds with over broadband) are so inspiring and passionate. To have been a part of such a positive movement, one that is not just going away, but getting stronger and growing by the hour, is one of the best things I have ever joined.
The silver lining that I am seeing, through the clouded despair of not gaining our independence, even though we believed we were ready, is that losing may just have been the best thing to have happened. Yes, I did just say that! As a result of losing, we haven't actually lost, we have gained - gained more followers towards indy, gained a more active electorate - would 28,000 people have joined a pro-indy party if we had 'won'? We know exactly how we felt when we got the news, which further fuelled the desire and we now know what we are up against. We now also have time to develop all the ideas and implement the frameworks for the Scotland we are building.
Its not longer Yes or No (even though I am still wearing my badges and car displaying my YES sticker). I have no idea what its called now, but it is invigorating, inclusive, creative, positive, passionate, and here to stay.
There, I feel much better now
xx