The Autumnal Equinox has since passed, summer no longer with us.  The nights are fair drawing in.  It is my favourite time of the year - beautiful smells, colours, feeling of coziness and getting the warmer jumpers back on.  The cooler weather makes for great days out, be it puddle jumping or kicking through piles of leaves. Walks to the park or local woods always means coming home with pockets full of conkers, pretty leaves and strange and wonderfully shaped twigs. Its the time of apples and pears and plums. Time for crumbles and stews. It is a truly heartwarming time of year.
Last year we decided to set up a nature table for Kiddo. Autumn seemed like the perfect time to start. We collected a variety of leaves, brought them home and painted them, making imprints with the different shapes and colours. I cut out some 'leaf-shaped' felt shapes and we scattered them over our table in amongst pine cones, conkers and berries. 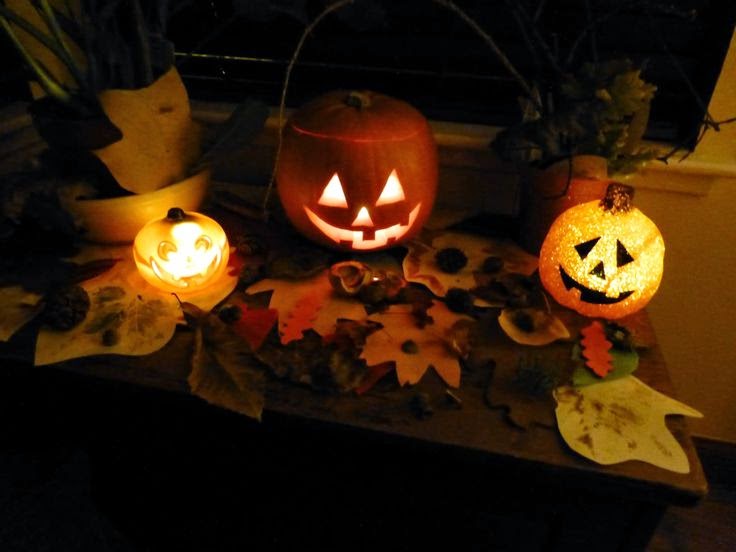 This years table has moved from the livingroom into Kiddo's bedroom.  Today we cleared away the summer collection and made a table cover in autumn colours, dedicated the blackboard to the season and spread out some of the leaves Kiddo has started collecting already - 3 leaves a conker and 1 feather... we brought out the paintings from last year and scattered those too.  This time, I finished my craft project from last year, and actually stitched the felt leaves into a garland! The original idea came from Cherry Menlove's blog - her original blog post can be found here. 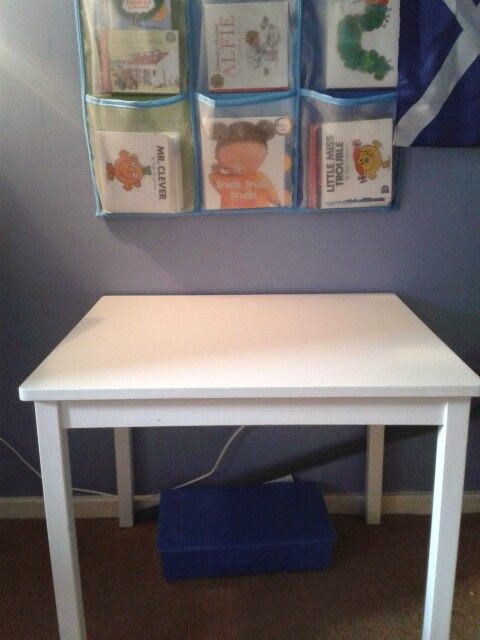 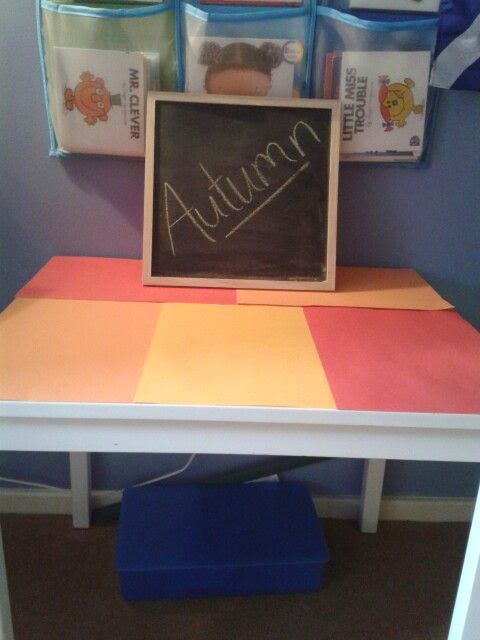 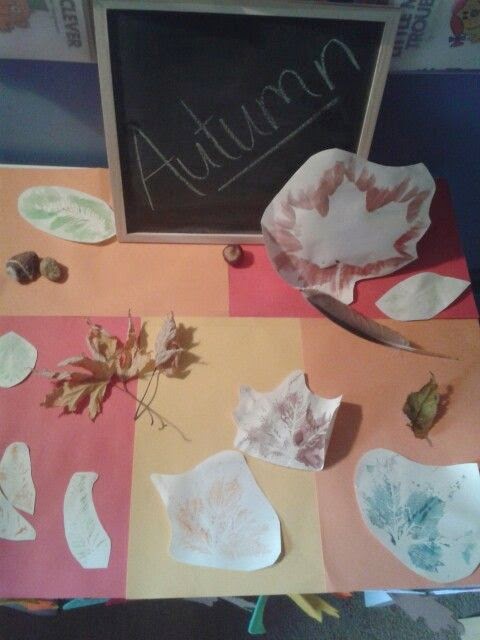 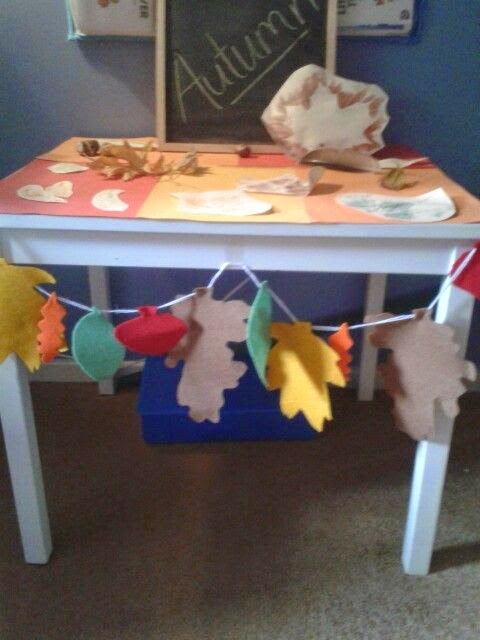 Tomorrow we are heading out to the woods to collect items for the table, and this year we are going to identify the different leaves and twigs. We tried bark rubbing last year, which he wasn't really into, but going to give it a go again. I loved making bark rubbing drawing and pictures when I was small.

I will post more pictures as we update our table during the season.

Get over it.
Scotland decided.
Thought you were all about democracy?
Sore Loser.
Sour Grapes.
I'm sick of hearing about it.
Its getting embarrassing now.
There was no vote rigging or foul play.
You'll not get another ref - Scotland didn't want it.
You lost.

These are the comments over the last week or so that I have seen written on Social Media, in newspapers, heard on the television and overheard in conversations, and had said to my face.
I will hold my hand up to feeling an enormous range of negative emotions in the time since the result, and it has been exhausting. But the reason that I and many many others have felt this was because we don't believe it was a democratic referendum - the Better Together and The Establishment played their followers for a fool.  Still think I'm sucking on sour grapes? Lets take a look then shall we:

1. On day 98 (countdown to the referendum) I wrote about saving the NHS. It was a theme throughout the campaign. We were told repeatedly by BT/TE that the NHS was safe. Post 18.09.14, Labour is all over the NHS telling voters to vote for Labour in the general election 2015 to SAVE the NHS.  Labour MSP Jackie Baillie has stated that she would re-introduce prescription charges to Scotland, at £8 per item. This is the tip of the iceberg, given that TTIP is going ahead without the NHS being protected. The future of the NHS is over as we know it, under Labour or otherwise. Once its signed, it is non-reversable. Once the UK Prime Minister puts pen to paper, the control of Scotland's NHS  is on borrowed time from a reduced budget. Only with the Yes win would the NHS have been protected from TTIP.

2. On day 44 I wrote about oil. We were mocked for believing that there was any future in our oil industry. Told that David Cameron was not in Sheltand discussing the vast oil field discovered there. We were told that oil would run out in 10 years max and it was foolish to base our economy on it (we were basing 15% of our economy on oil, compared to Norway's 30%). Less than a week post referendum, suddenly there is enough oil to last the next 120 years, with the Claire oil field producing 120k barrels per day. The previous arguments of the cost of oil extraction being too expensive is suddenly now not mentioned, not when there are new developments in technology to be able to extract our black gold.  This is not even a mention the oil field off the west coast of Scotland, because that is where Trident is based, and will continue to be based.

3. On day 61 I wrote about war.  On Friday 26th September Parliament was recalled in Westminster and it was voted that once again we are back to bombing Iraq.  Iraq, the home of the illegal wars and 'terrorist' groups - whom we armed!!! Thinking logically, who are the real terrorsists here - the country being repeatedly invaded and bombed or those in the West doing the bombing. Already this move is being hailed as the start of World War 3.  Incidently, the SNP MPs ALL voted AGAINST the decision to go to war.  We have a deficit of almost £1bn in the NHS yet miraculously have £3bn to spend bombing the middle east.

4.  On day 78 I wrote about Fracking.  Big money to be made here by the industry and government.  Our previously devolved powers regarding energy were removed and taken back to Westminster in October 2013. By Monday 22nd September 2014 Ineos had the fracking license to Grangemouth and the Firth of Forth.  We have now been told that David Cameron has given rights to fracking companies to frack under our very homes, WITHOUT our permission and we as citizens and householders have NO say on the matter.

5. Yesterday the UK Government revealed at the Tory Conference plans to scrap Housing Benefit and Job Seekers Allowance to all under 25s, to make more savings in the name of austerity. Labour proposed a similar plan, only reducing the age from 25 to 22 years old. This is alongside a benefits freeze for 2 years, and an increase in pension age (to 70). I have used the Government calculator to work out when I am scheduled to retire under current rules - 68years of age! The life expectancy for Scotland, whilst it has  increased over the past couple of decades, remains the lowest in the UK overall, with parts of Glasgow's life expectancy rate for men at 56years old.

This is all without considering Jack Straw's desire to make any future independence plans, illegal, Ed Balls wishing to scrap the Winter Heating Allowance for the over 75s and the delay of the new magical powers from The Vow being revealed, as we now have both an General Election to focus on and take into account that if Scotland gets more devolved power, then so too must England.  I have zero objection to England having powers solely for England and voting for their own matters - that is a good move for their own country, but we need to have ours addressed as a priority as it was what many many people voted for.

The Vow is never heard of in the media now, other than some celebs coming out (like Billy Connolly and Sean Connery, neither of whom live here) to say the Government  had better deliver. Or what? Nothing, that's what!

Now, I am no Mystic Meg, but come on.  Do you see now why we are still so angry?