As with the bay window, the other end of the livingroom has seen its fair share of re-shuffling of furniture too.  When we redecorated and said goodbye to the magnolia paint we decided to go all out on feature wallpaper : step up Mini Moderns. Their Paisley Crescent wallpaper in Tangerine Dream was perfect 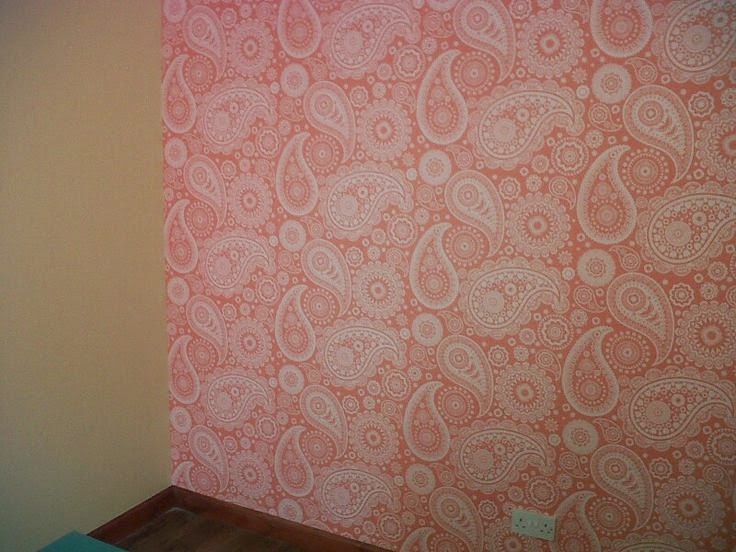 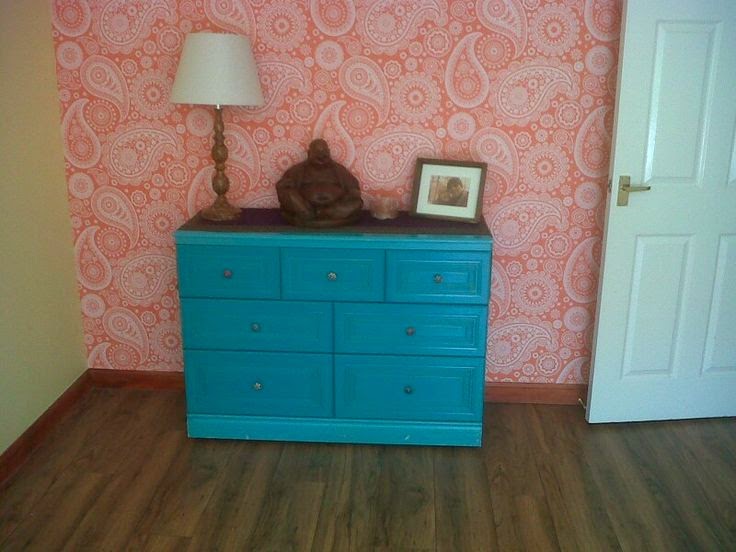 The first piece of furniture in situ was my old chest of drawers which I bought when I moved into my first flat,  which I then painted turquoise a few years ago and changed the wrought iron handles to mismatched ceramic ones. The lamp came out of our bedroom (it used to have a pink base,  now its 'oak') and I 'distressed' the metal base with oak wood stain - it was an experiment that I think worked. The drawers were then moved out when the dinning table moved in.  So too did the standard lamp I picked up in the British Heart Foundation Shop for £20.  I initially had plans to paint the stand, but left it until I decided which colour.  In the end I have left it in its original dark wood, and green fringed shade (which doesn't 'match' anything colour-wise in the room, but fits in just the same).  Ordinarily the shade sits a slightly lopsided jaunty angle (which adds to its character), but it looks like it is behaving in this picture. 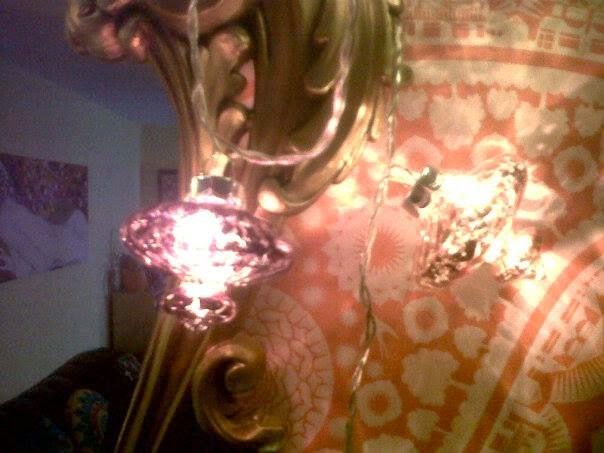 Ok, guess where I picked this mirror up from?  Another BHF shop beauty. I adore this mirror.  Last Christmas I strung Moroccan antiqued lights around it - they are still up as I loved this look. 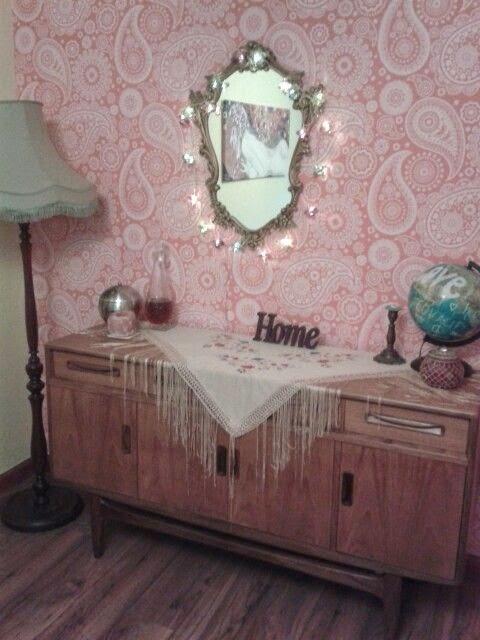 My birthday present, original G-Plan sideboard (BHF Shop!!) I think its fairly accurate to say that I am in love with this piece of furniture.
As its mid October and we are getting ready for Hallow'een, I have moved around some of the ornamental bits n pieces (although to be honest, nothing sits still for long before being re-homed).  Hubby was delighted to see the fringed shawl removed from the dinning table in the bay, but was then horrified to discover I had put it on the sideboard instead.  This is NOT his favourite 'look'.  Actually, he hates that shawl! 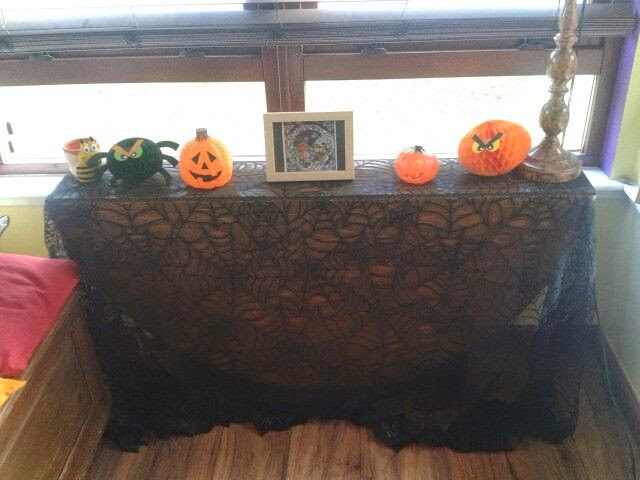 Made a start on the seasonal decorations in the lead up to the festivities at the end of the month. 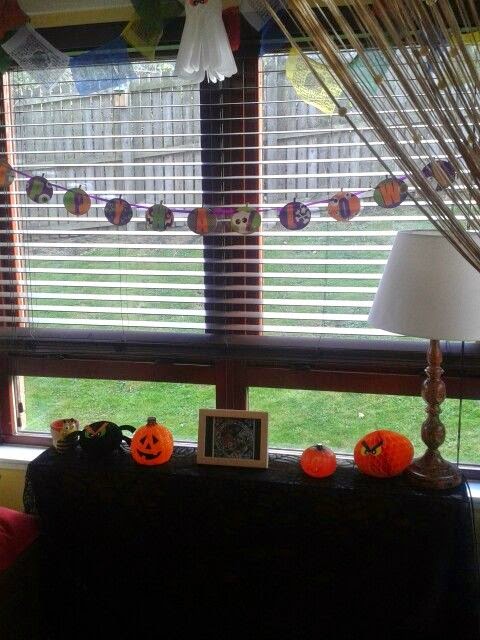