We FINALLY got to make our volcano and have it erupt. I now have an extremely excited and proud child, amazed that he made his volcano erupt all by himself.

This experiment is well known and generally much loved by everyone and we have been wanting to do it for ages, but I had to find the right 'volcano'. Step up an empty plastic muffin box from Morrisons. 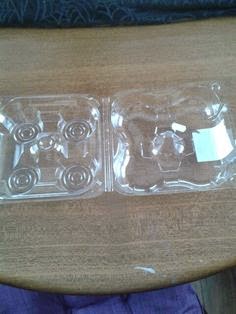 The divider in the lid would make a fab volcano, once it was removed from the lid, attached to the base and the tip snipped off. 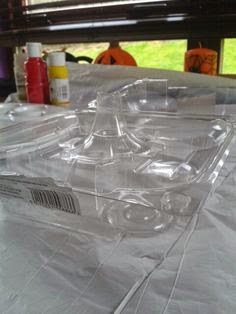 We covered the box with scrap paper and painted it brown 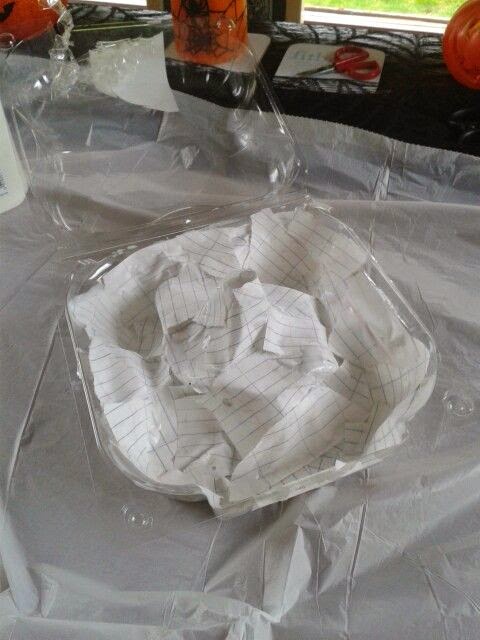 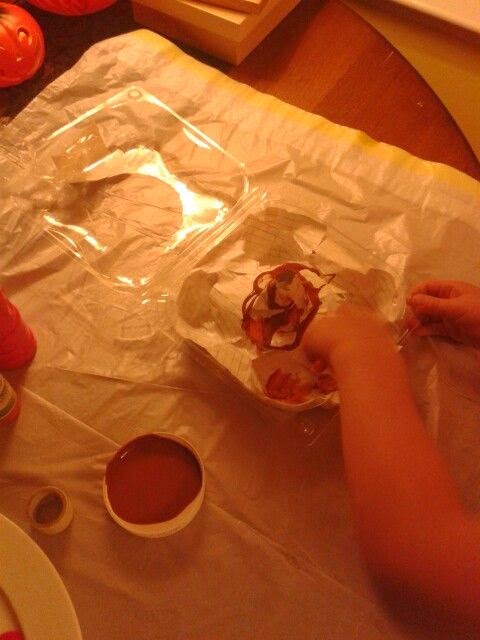 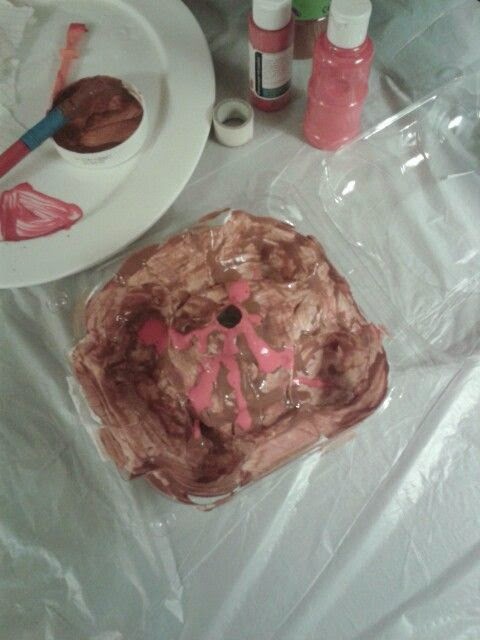 I have to confess to 'helping' with the painting of the lava....

The box took 2 days to dry. TWO DAYS!!! This was so frustrating, for both Kiddo and I! The paint had puddled in the the dips and troughs.
However, tonight when I got home from work, armed with white vinegar, bicarbinate of soda and orange food colouring (for the vinegar), we were ready to make this volcano erupt.   And erupt she did!  Much to Kiddo's delight and amusement (and mine too I might add) 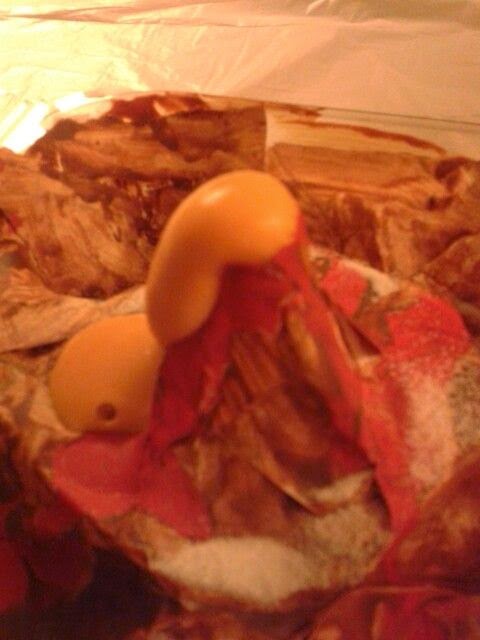 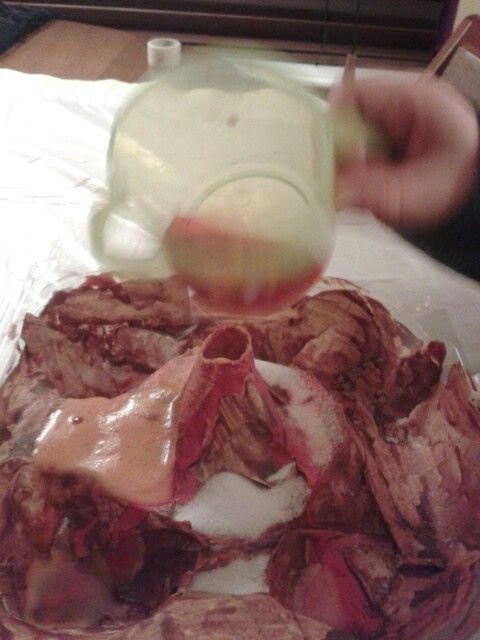 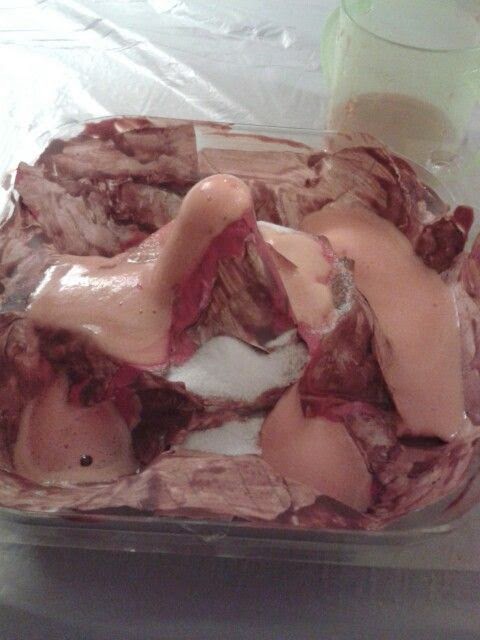 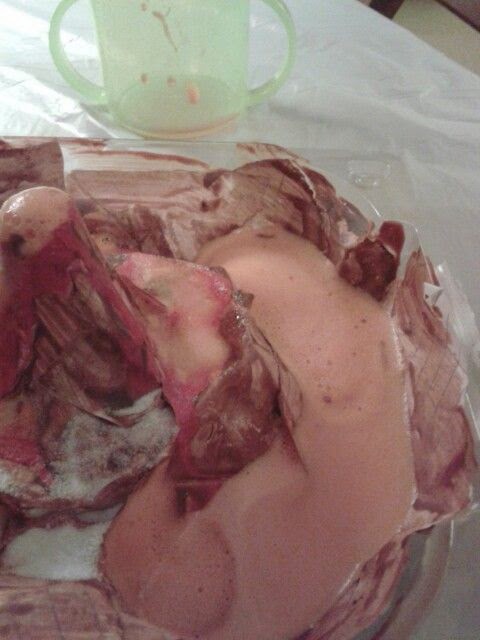 Mount Denmark produced so much "roasting-hot" lava that she filled all the lava pools in the box.  Mount Denmark was named by Kiddo as a "great name" for a volcano, for no other explanation, other than " I want to call it that". Ok, so Mount Denmark she will be!