Some days are a joy to be treasured and remembered - usually for daft things.  Yesterday was one such day. 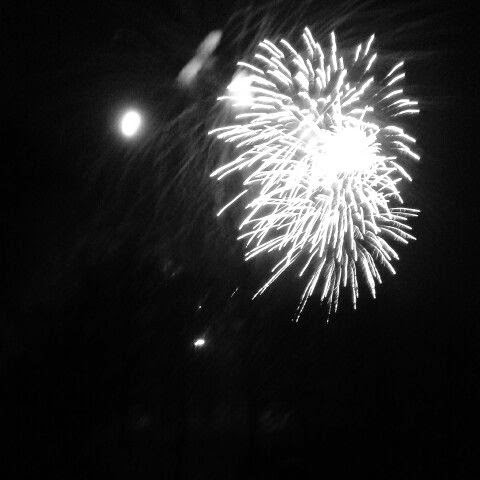 Seeing it was a gorgeous day and deciding what to do with it, Kiddo declares boldly:

" The only place I'm going today, is to Uncle's coffee shop!"
(Uncle being our Best Man/Hubby's best mate, who we will call Scunnered, owns a fab coffee shop in Stirling)

Okay, a jaunt through to Stirling it is - but stopping at the garden center first - they have their Christmas range in now and I want a gander. With his 'wages' (pocket money from his Papa) burning a hole in his pocket, Kiddo got a flashing Santa badge with his name on (Kiddo's name, not Santa's) and a pair of Santa earmuffs (!).  I, on the other hand didn't see anything I wanted other than strawberry flavoured candy canes, but will need to wait for another day (without child) to get those - he hates mint, and we 'grow' candy canes for the tree and parcels. I haven't seen different flavoured ones before (there was cola flavoured and another one too). Although Kiddo did want me to buy "this lettuce" - the lettuce actually being a holly ball!

Shopping complete, sunglasses back on and off to the coffee shop. Thankfully it wasn't too busy as, as soon as the coffee and cake/ milk and cake were scoffed, Kiddo decided to pay Scunnered a visit in the kitchen, where he stayed for the next however long 'helping' and discussing important matters such as orders, ingredients (of course he knows what chard is, he informed his Uncle.... - no he didn't but he won't tell you that!), how to make a cheesecake and soup.  The kitchen is open plan to the seating area, and Kiddo has little concept of volume especially when excited or learning something new, so the whole coffee shop was pretty much involved in his experience. The customers who were waiting on the their take-away orders were certainly kept entertained. And Kiddo LOVED every minute.  A kitchen is one of his favourite places to be, and as he was getting a chance to see how Scunnered worked and what he did, Kiddo was in his element. After a while and the need for a coffee himself, Scunnered got the chance to park his backside down for a breather and was straight away hit with :
" OK, so now I want to talk to you about Dinosaurs!"
Where, if given the opportunity (which he was) Kiddo will go into great depth of detail about every and any dino you can imagine.
Thank you, Scunnered. You are a star xx

So that was part 1 of our day.  Part 2 was the evening - first fireworks display! 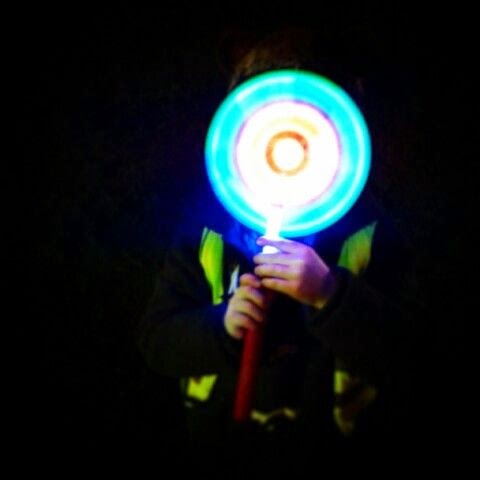 I have never taken Kiddo to see the fireworks before as he is sensitive to loud noises, but this year he has been fascinated by fireworks that have been lighting the sky for the past week (!) and the noises have not bothered him in the slightest.  So,  with the weather being perfect I decided to take him to the local display.  Its been a number of years since I last went.  When I was a kid, we used to go every year (when it wasn't raining) to see the massive bonfire, firework display, and the best bit - the shows! The shows being the funfair.
Armed with my memories of childhood and of my last venture to the display, I was rather disappointed to find that there were no shows and no bonfire! Just 3 stalls selling glow stick toys for a fiver, and an hour and half wait for the fireworks to start. Thankfully Kiddo cared not one jot. He had his new toy to play with, he was out in the dark (with his hi-vis vest on, and his torch in his pocket), he could see his breath in the air and he was "going to see real fireworks".  The joy and excitement on his wee face was amazing. The hour and half passed a lot quicker than I expected, maybe I don't give Kiddo enough credit, I never in a million years thought he would wait this length of time for something.  The park was mobbed, we moved up onto the hill to get a better view before the count down began, and I'm glad we did - Kiddo said he had never seen so many people all at once before - below us was a see of glow sticks ( and the odd sparkler - seriously who brings sparklers to a packed out park?).  The sky was clear and the moon shone bright. And the fireworks started. For 20 mins my child stood still head tilted back watching the sky in sheer wonderment, his eyes wide and a grin fastened to his face.  After  it was over and we walked back to the car - his torch showing us the way - he chatted non stop "did you see the one that went ALL the way to outer space and came back to earth?" "They were real fireworks mum!"
Once home and the entire day, fireworks first, was retold to Hubby, who was just getting ready to leave for his nightshift (its a shame, he misses so much of the fun stuff).  Kiddo was promised, and I was very much looking forward to (inorder to heat me up), a cup of hot choc and mini mallows when we got home. However, he decided that he didn't want this! I'm sorry, what?? Are we sure this child is mine?? Instead he had 2 juicy pears and went to bed.  The bedtime story was not one from a book but I was to make it up, he wanted one about Fireworks.  No probs, said I, and began the story of Guy Fawkes, upon which I soon realised that apart from wanting to blow up parliament, I don't actually remember much of the story of gunpowder and treason, so I free-styled a little, and we agreed to look it up to today to "find out what really happened, mum".

We don't often have 'perfect' days - who does? But I will certainly remember, remember 5th November 2014 as one I was so glad to have shared with Kiddo.