I bought a much needed shoe rack about a year or so ago, with good intentions of "zchuzching" it up.  The reality was that it took about 3 months to actually build it (once I discovered the joy of my father-in-law's electric cordless drill, the rack was built inside 30mins). Since then, it has remained in its raw pine state, performing its only job of functionality. A few Skubb shoe boxes from Ikea, and our messy pile of shoes had somewhere to live, that was accessible too.  Pop a colour co-ordinated basket on top and bingo, somewhere to keep hats, gloves and scarves. 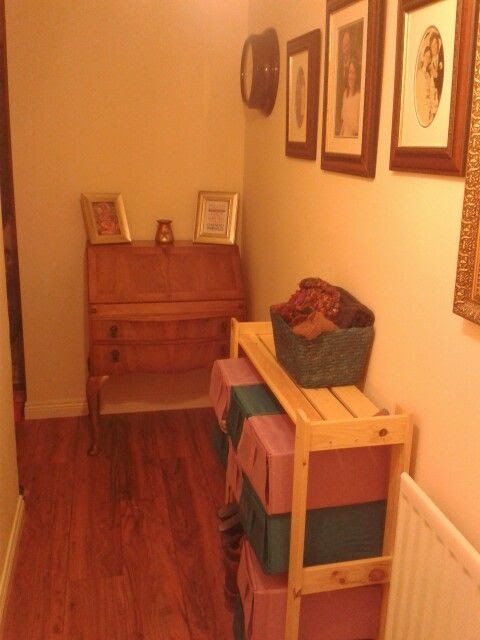 Aside from being functional, it was also really boring, bland, and rather annoying, as I knew I wanted to 'do' something with it, I just didn't know what!
Yesterday, Hubby was on his day off from work. Both he and Kiddo were both busy playing with, actually I'm not sure what they were playing with, but suffice to say they were busy!  In a flash of inspiration, I decided this was my chance to get a bit of 'me-time' and the little creative bubble in me was desperate to burst.  Today was the day the shoe rack was getting "zchuzched"! Bland be gone! 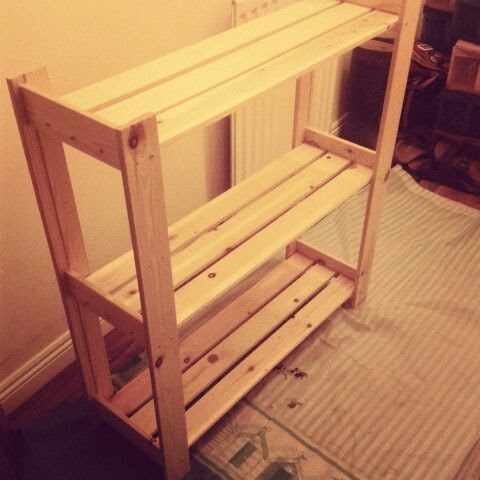 Cleared and cleaned, the rack was given a based coat of white emulsion (didn't have any primer, but true to my styl-ee, I went with what I had), which dried in record time. 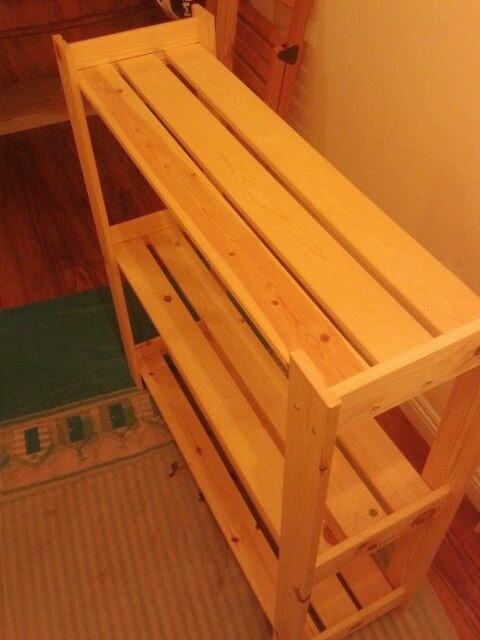 There was still practically a full tin of purple paint left over from when we painted the window architraves, so decided this would be the colour of choice.  I love the shade, it is what I call "Dairy Milk purple", although the photo makes it look more beetroot-y.  Two coats required.  I thoroughly enjoyed the peace to just get on with painting - it's very therapeutic.  Also, it was fun to listen to Kiddo and Hubby reading about dinosaurs. I think Kiddo was taking Hubby through every book he had on dinos. 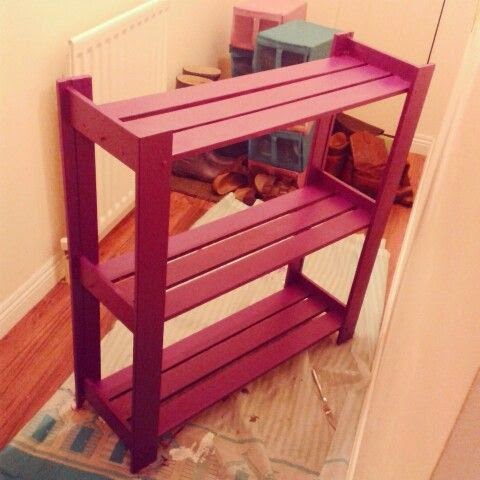 Next was the 'aging' process' - sandpaper!  I just rubbed a piece of sandpaper (no idea if it was rough or fine sandpaper, it was a rogue piece I found in the cupboard...) across the edges, some parts more vigorously than others to 'scuff' and  make it look 'worn'.
I had bought beautiful wrapping paper in Hobbycraft a while ago but never used it.  One of those purchases where it was bought for its "that'll come in handy for something", but wasn't sure what I wanted to use it for.  I cut out 6 butterflies from the sheet and glued them on with Kiddo's PVA glue,
Once everything was dry, it was given a coat of clear matt varnish. 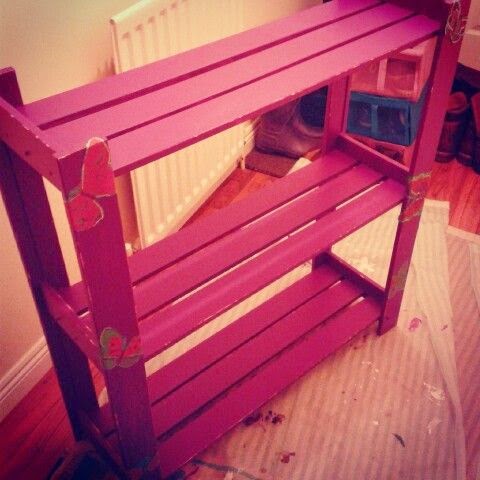 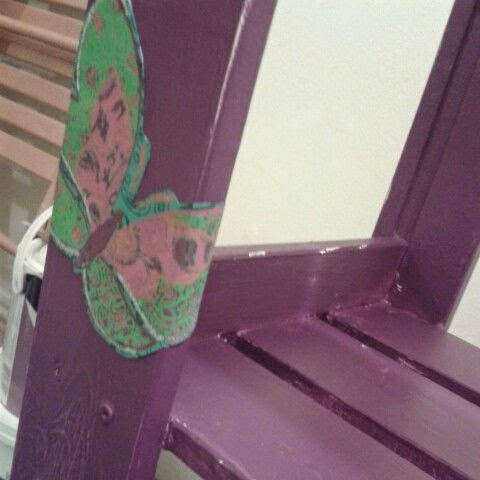 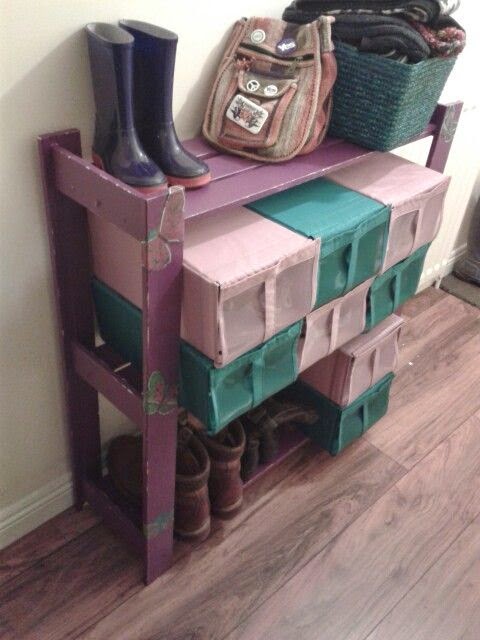 I am delighted with the result.  Just a shame my photography skills do not show the rack and all its 'intentionally scruffy' bits off very well.