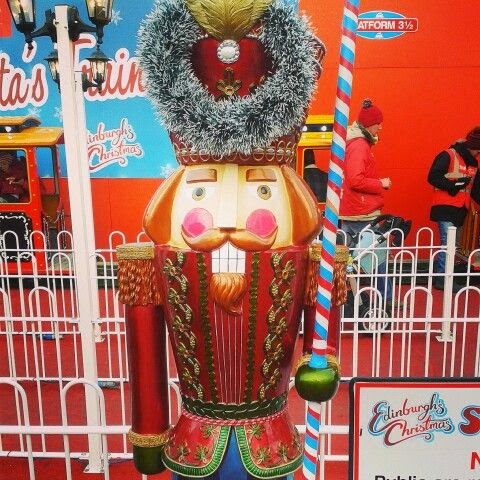 Since my last post, we have in no particular order, finally been to Edinburgh, taken a boat ride to Santa's Secret Village, made mince pies, still not made cards for the grandparents, started getting anxious about the upcoming excitement, been to a coffee morning and met new people and caught up with friends, received some lovely cards in the post both hand made and ones with lovely personal messages, reserved my turkey at the 11th hour, greeted the Solstice and welcomed the returning light, got our Viking groove on, although I play more of a dragon part in the role playing activities, including wearing Hubbie's backpack as a saddle to allow Kiddo to 'fly' ...walking into the livingroom to find Kiddo trying to fashion a set of stirrups from one of my bras nicked from the clothes dryer was interesting and entertaining, but I was pleased with his resourcefulness, eaten approximately half of the goodies we baked for gifts...guess what we're (read: I'm) doing tomorrow? 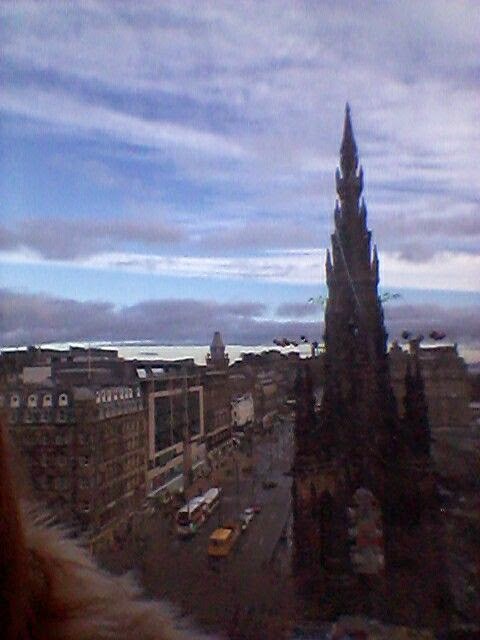 View over my shoulder of the Scott Monument on Princes St in Edinburgh, taken from the top of the big wheel.

This year's jaunt to Edinburgh was great fun - the weather played nice - it was mild (unusually so, we were roasting under our layers) and dry. Kiddo went on all the rides in Santa Land, we ate sausages and waffles (not at the same time, that would be weird), we did NOT go on the Star Flyer (the ride that is the height of the monument that spins at high speed as your legs dangle *shuddering at the thought*), drank warming drinks and perused the market stalls. I really wanted to have my fortune told, but by that time Kiddo was getting tired and it was time for heading back. Next year I will first in line to enter the vardo and cross a palm with silver ( probably paper over silver, but you know...semantics).

Kiddo and I took a trip in a boat round the Falkirk Wheel with my sister and nephew to visit Santa's Secret Village.  He had a blast - singing in the 'boat choir' telling Baubles (Elf Tour Guide, and his sidekick Tinsel-Toes) jokes into the microphone as well as practicing his very own Ho Ho Ho's.  The boat lift and the surroundings were all decked out with fairy lights and decorations. He thought it was magical, although questioned whether the Santa who came aboard the boat and gave all the children a gift (lovely books) was infact the Real Santa or "just a man with a fat tummy in a costume"?  One of the reasons I am relishing this year so much is because we are not going to get many Christmases with Kiddo believing in Santa, that kid is too logical and questionning to go along with it for long.

Kiddo is starting to get a little anxious about the actualities of Christmas now, from Friday he has been not 100% himself, preferring to want to stay at home, not mix or play with anyone other than me or Hubby (including his cousin or pals).  We were in the supermarket on Friday when the checkout operator asked him if he was being good because Santa was watching him. She was a little taken aback when Kiddo told her that "No he isn't, and Santa gives presents to all children". She was informed by me that there is no creepy old man watching over my son and we don't 'do' bribery. I hate all the you have to be good or else Santa won't bring you presents / nice or naughty list / general surveillance of children enforcing good behaviour.

We now have nothing else planned or places to go, just chilling at home and cooking/re-baking/eating and playing. So hopefully he will relax and enjoy the calmer spread of the festive over the week ahead. Monday evening we (Hubs Kiddo and I) will have our own little family meal, for Yule and exchange our gifts. No big hoo-ha, no stress just lots of candles and a gentle start to the Christmas week. 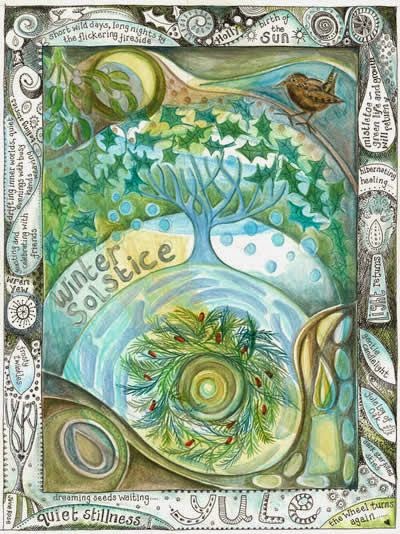