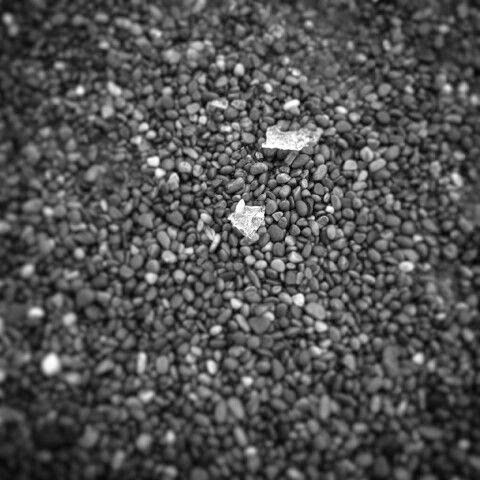 Cabin fever had started to creep into our home since the we have pretty much hunkered down to play and eat since Christmas.  In a moment of "we have to get out of here", I offered Kiddo the choice of going down to the park or coming food shopping (not that we needed shopping, still feasting on leftovers, but knowing which choice he would make).  I figured that we would probably have the park to ourselves as was yesterday's freezin cauld afternoon, with the freezing fog for company.  Oh how wrong was I? The park wasn't mobbed necessarily, but it was certainly busy. It was exactly what he needed, fresh air and the chance to run his energy off.
As we walked from the car park, a wee boy of similar age to Kiddo, pushing his new scooter, walked towards us and said to Kiddo :"It's a nice day, today" to which Kiddo replied, "Yes, its is." Like two wee old men. I looked to the child's mother, and she was struggling not to laugh just like I was.  The boys wandered ahead, talking about Spiderman and who was faster - Kiddo running or the boy on his scooter (we never found out the child's name).  When we reached the play park the boys went their separate ways; one to the climbing frame one to the chute. The park was a blur of colourful winter woollies, and my goodness, were they needed. It was raw.  I couldn't feel my toes or face within 5 minutes.  Kiddo, true to form, was taking off his hat and gloves!!!! In need to kick start my circulation, we decided to go for a walk around the lagoon and see the birds walking on top of its icy surface.  Except when we got there, there was something far more interesting to do - ice skimming. The broken ice from around the edge of the water had been lifted onto the path (someone's Grandfather had used their grandson's scooter to smash the ice and lifted the chunks up onto the path).  All the kids there (including Kiddo) were taking pieces of ice and skimming it across the frozen water.  It made a noise which was both eerie yet pleasing to the ear.  It was fun to see how far different pieces of ice travelled.  We spent most of our time doing this.  No pictures were taken as my hands were too cold to even contemplate removing my gloves, and my stupid smartphone doesn't work when I wear gloves. Round the other side of the lagoon, on the stony beach, people had been playing the same game with the stones, as was evident by the pebble dashed ice. I did managed to take one photo here of some ice on the stones, but it had to be taken with my nose!!! Not ideal for successful photography.... Anyways, back to the park for once more round the chutes and trampolines before the walk back to the car, upon where I had the heating up fu-bung in effort to restore feeling to my fingers and toes. 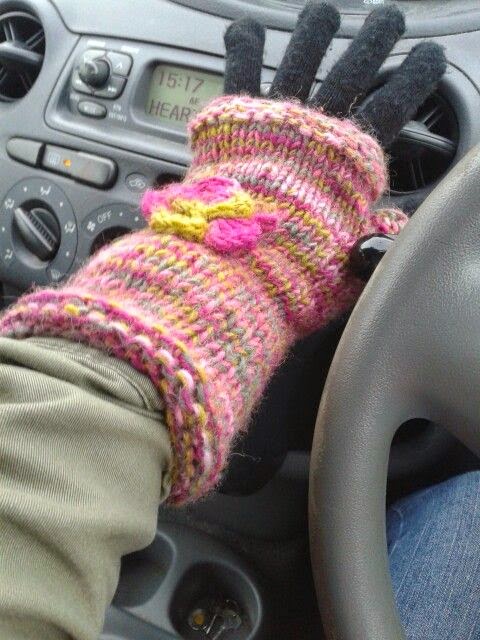 (Check out my new Christmas gloves)

What stood out today was the simple pleasure from a simple act - the best fun had was the ice skimming. Not play park, no 'toys', no manufactured fun; just pure joy from cold weather and frozen water.

Its timely that I read this article today, about a mother who has decided to stop making her kid's childhood, magical.  It struck a cord with me, as it perfectly describes the trap that I have fallen into in the past, and again at times, this past Christmas.  It says a lot of what I was thinking when I was writing about the changes we were making between Christmas 2014 and 2015, and my new mantra (loose New Year's resolution) "Simplify Simplify".

Life has gotten all rather complicated, what with the constant feed of information from our computers, tablets, phones, 24hour tv channels and radio. We have social media where we are forever plugged into what is happening at any given time around the world to friends/family, long-lost friends, 'friends' we haven seen or spoken to since school, and to strangers.  We are being told how live our lives from every aspect (homes, fashion, parenting, dieting, politics, to name but a few). There are labels for everything and everyone - we have to conform to and fit in to something.
So moving forward, my intention is just to simplify the lot - reduce usage of social media, reduce the amount of screen time (including my phone!!! and tv, not that I watch much telly, but perhaps choose what I do watch more wisely rather than just crap for the sake of it), sloooooooooooooooooooooooowwww down and enjoy each day (watching Kiddo over the past week has reminded me of the satisfaction in just taking our time and enjoying the task in hand), following my instincts rather than others expectations ( a stressful complication at times).
Despite being fairly addicted to the 24hour multi-media information stress-inducing overload, I yearn for a more simpler time (like when I was a teenager and never had a mobile phone for example - what a unknown  luxury that freedom was). I figure life is as only as difficult as we make it, so here's to "Simplify Simplify"and all that that implies.