It's been a wee while since I updated the blog on what we've been up to, so here is a look at the past week :

1. A trip to Our Dynamic Earth in Edinburgh - Hubby not been in almost 15 years and Kiddo was desperate to show him the time machine and the 3D movie.
2. Borrowed books from the library - 2 Lego books, the world's 100 most disgusting things, a Batman story and a children's cookery/science book = a happy boy.
3. Outdoor learning - back to the woods!  At the start of the year we had a 6 week forest school block, which the kids loved, so the group has decided to continue with the outdoor learning. We have now joined in with the older group.  The kids got a great fire going and made bread to toast over it (as well as marshmallows, obviously). Kiddo wasn't interested in the fire or the bread making, not when there were trees to climb and new friends to make.  After we were finished up, Kiddo and I took a walk through the park, around the boating lake.  A friend had told me that the frogs were spawning just now (please excuse my dodgy photography): 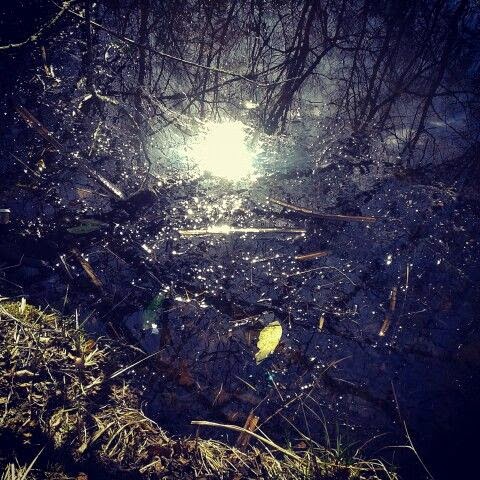 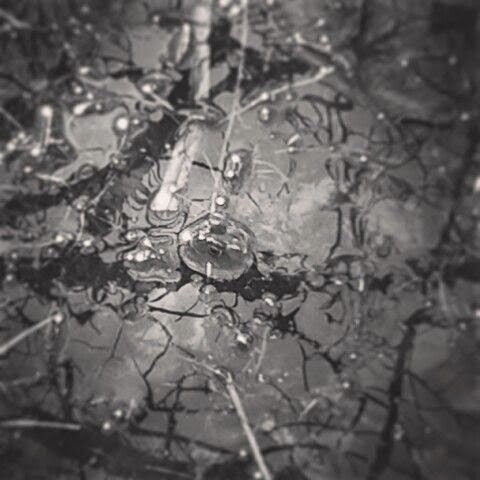 I promise there is an actual frog in the middle of this photo!!! 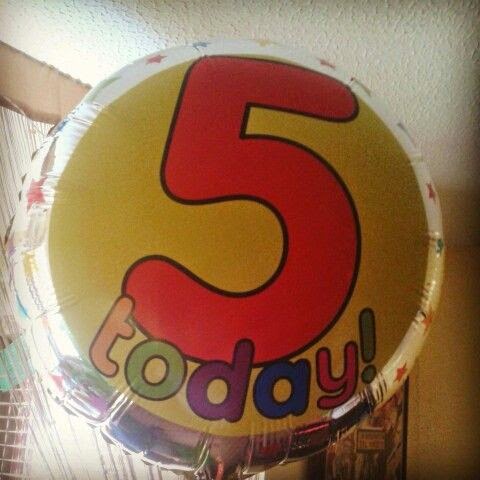 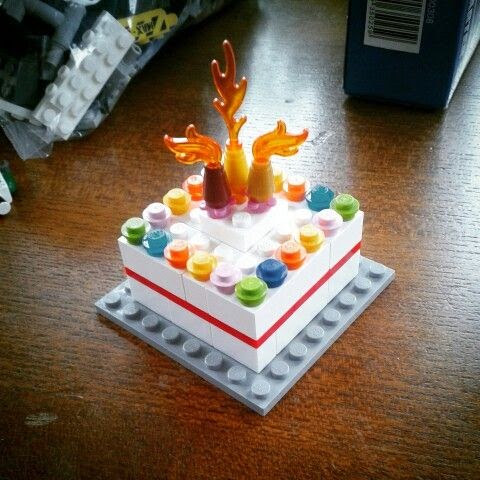 ...and I made him a cake...
5. We opened up Kiddo's own bank account.
6. Watched the eclipse, or at least Hubby and I did.  Kiddo could not have been less enthused. Initially we thought we would watch it from the canal side, hoping the reflection in the water would be suitable, but the water was far too choppy and glare far too bright.  Pinhole thing made using cardboard from butchered cereal packet worked well though: 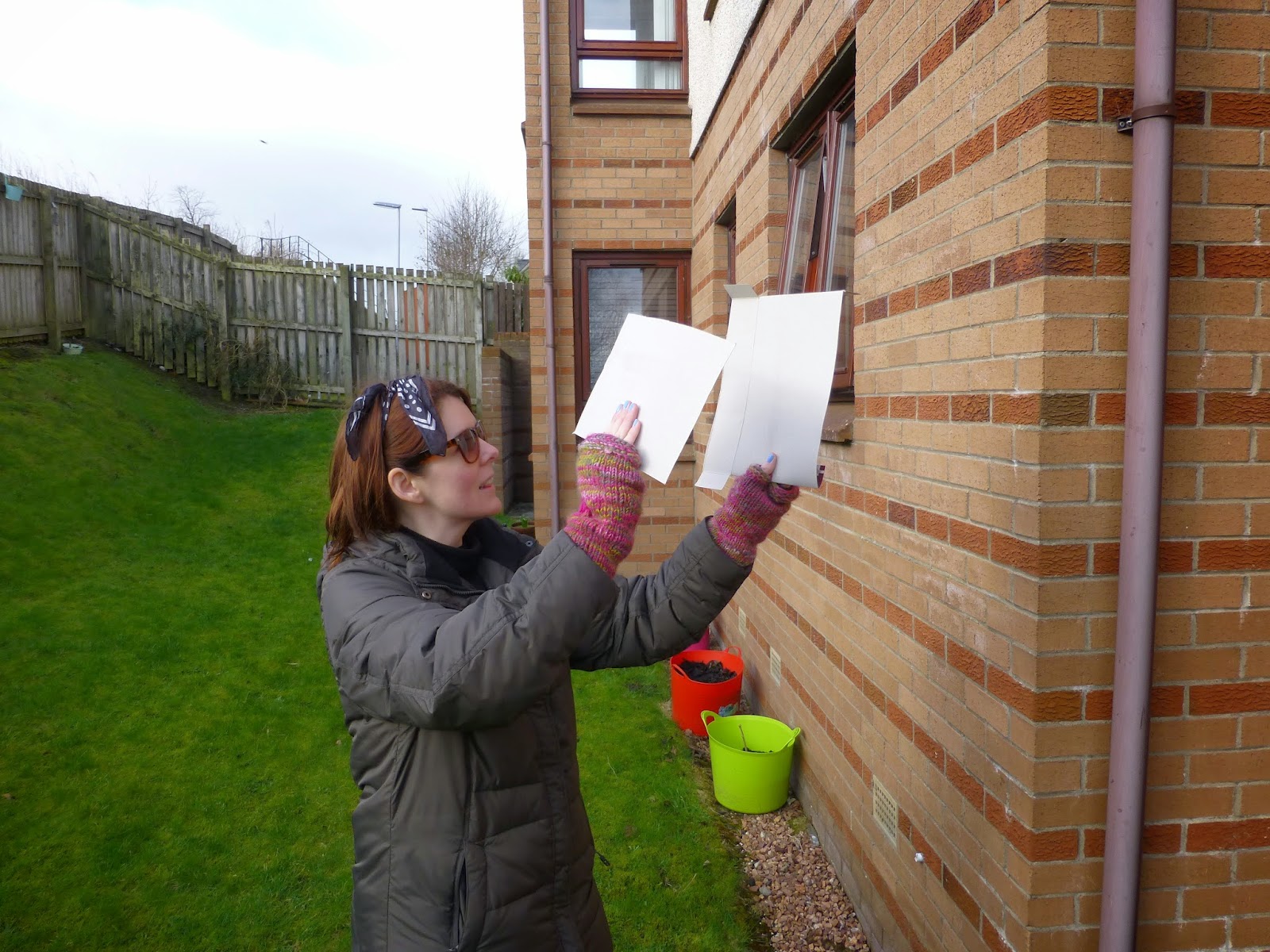 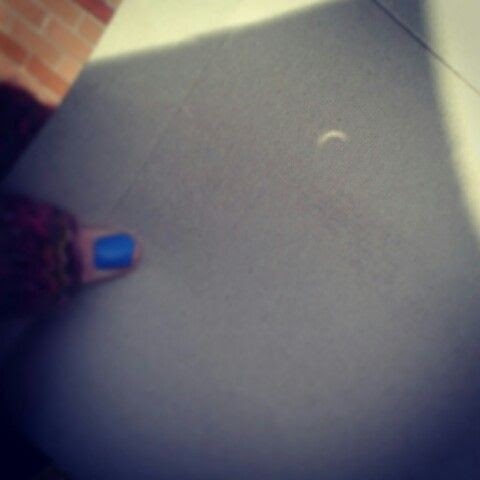 7. PLAYED WITH LEGO. Solidly. For an entire week whenever we are home.  This was the sight that greeted me at 7.30am yesterday : 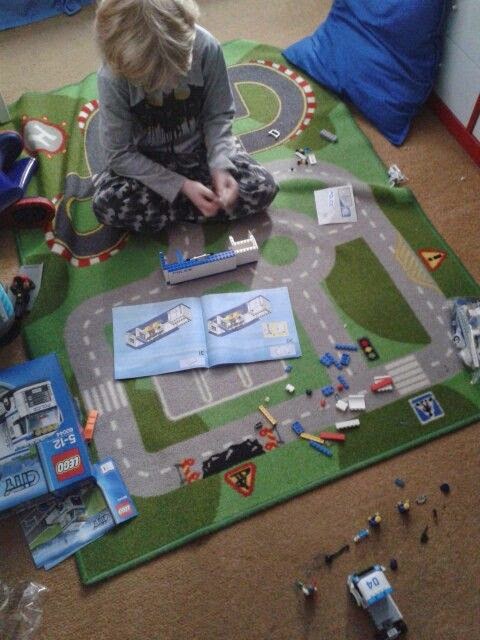 8. Had a birthday dinner in Pizza Hut, and a very grown up civilised coffee (milkshake for Kiddo) in my favourite coffee shop in town.
9. Visit to the Helix Park and Kelpies : 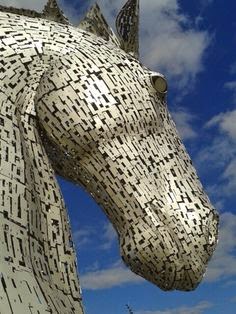 10. Attended the hustings for the local Scottish Greens.  When I say 'attended' I mean, Kiddo and I helped set up the hall. He proudly wore his Vote Green badge pinned to his shirt and held a friend captive for around 45 minutes to tell her all about dinosaurs. Are you going to be a paleontologist when you grown up? she asked. "No, I AM a paleontologist!" He was in his element and thoroughly annoyed that we had to leave (I wouldn't let him stay for the actual meeting. If I knew he would sit and listen to what was being said, then fine, but that wouldn't happen).
11. Saw in the Spring/Vernal Equinox.

Its been a busy one, could do with a wee holiday.  Speaking of which,
12. we also this week, booked our first family holiday.  We're off camping in style. Gypsy style, in a vardo!!!! Be still my beating heart.  To say "excited" would be an understatement! 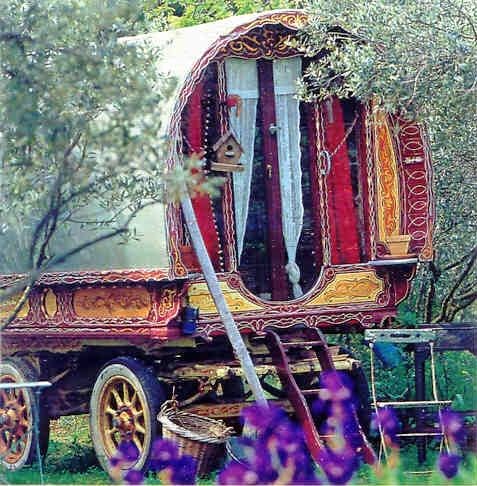 (not exact wagon, this image was found on Flickr)

This week looks to be a busy one too with 2 play dates, a trip to the zoo, a craft home ed meet (theme is Native Americans this month), outdoor learning in the woods, and for me, a jaunt through to Auld Reekie to a street poetry class with a friend that will definitely be followed with a glass or 2 of vino.