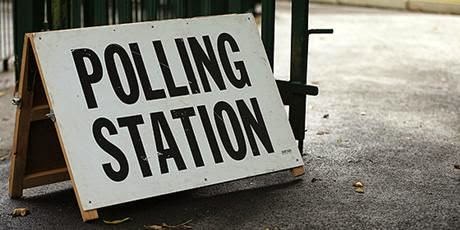 2014 was a year of begging and pleading:
"Don't go, we love you."
200 'slebs wrote us a letter about
the bonds of citizenship they wanted us to renew.
"Stay! WE LOVE YOU, Scotland."
And stay we did.
Not all of us exactly happy about it,
but understand where we failed in our bid.
You called to us.
Promises made, vows broken.
The Smith Commission;
a mere token.

7 months have since passed.
The General Election is drawing near.
Stop! Haud oan! I've got deja vu;
The lies. The hate. The fear.
It's the Indyref #2.
But honestly, it's really not.
This time we're fighting for the people of the UK,
for a life better than what we've got.
Call in the cavalry:
BBC at the ready, Sir!
The SNP are coming
and we must do everything in our power to stop her.

Our family of nations
and equal voice.
A shared identity and democracy,
free to vote for our choice
(of party or politician.)
So long as its right or far right.
None of your Greens, Plaid Cymru or SNP.
Those pesky lefty parties and the 'Most Dangerous Woman in Britain'
leading a country too poor too stupid too wee.
The Old Boys Club is under scrutiny.
Family money, misogyny, expenses fraud and paedophiles no more,
Your cover is blown.
Time to step aside, the Westminster politics of old is rotten to the core.

Why, Westminster,
do you hate us so?
What's with the bitter contempt and scorn you pour upon us
when you were the one begging us not to go?
Why the regular diatribe being broadcast,
pontificating the abject horror and revulsion
that Scotland's opinion is one of matter?
We're a part of this union! Unless you grant us our expulsion...?
Ahh, but wait; I remember now.
You need our money, simple and plain.
Yet you call us the subsidy junkies?
Aye right, you may now alight from this gravy train.

So what's next on the agenda?
More austerity. Swingeing cuts. Poverty wages.
Renewal of Trident. Privatisation.
Tell me, the modern work house must now be past the planning stages!
Here's an idea : lose the ego!
Listen to what the others are saying.
Nicola, Natalie and Leanne have alternative plans.
You may have missed them on the telly debate; too busy braying.
Anti-austerity. A real living wage. Investment in growth,
NHS, education and services - for all our folk.
We've had enough of your like, in it for yourselves and your pals.
You work for us, get your shit together. This union is a joke!