How Kiddo learned to read 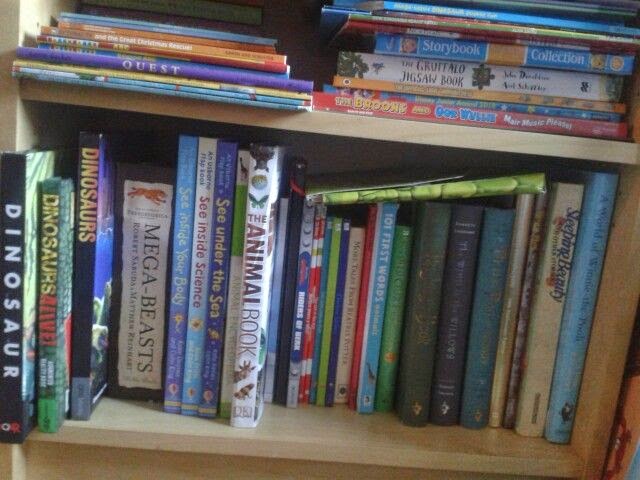 When we were thinking about education and the possibility of home education, I admit, I had a few wobbles, worrying that I would not be able to teach. I soon realised that my job is not to teach a curriculum, but facilitate and provide opportunities for him to learn what he needs to, in a manner that is appropriate to his ability and interests.  When people ask when Kiddo is going to school and I explain (or more often, he does) that he's not going to school but instead being home-educated, one of the first questions is usually about how he will learn, and almost always "how will you teach him to read?" Well, he already reads. And reads very well.  I did not set out to teach my then 4 year old to read, but rather followed his interest and that meant helping him to read the words in his books.  He asked, I helped. But I didn't teach. I would say he kinda taught himself, once he had the tools, the time, the desire and an interesting topic with which to learn (dinosaurs).
So what tools did we use? In no actual particular order (apart from the first one, that was the motivation behind his initial interest in reading): 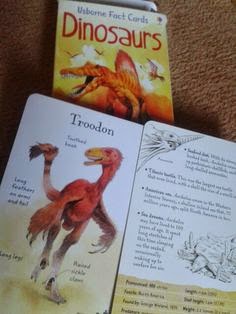 These cards were bought in Kelvingrove Art Gallery and Museum last year. 50 cards all about different dinos. These have been invaluable, both the expanding a growing dino knowledge and enhancing reading skills

This is not meant to be a definitive guide or a how to learn to read, merely an observation of how my child learned.  A fellow home-educating mum, blogger and friend has written 2 excellent pieces about learning to read :
How to learn to read and How NOT to learn to read that are both helpful, informative, well written and when reading them I found myself sitting nodding in agreement with everything.
Reading; letters and words, are fascinating to Kiddo. He loves reading and will read everything in sight, or at least attempt to. It's his thing. Numbers too, he loves numbers and often pipes up out the blue with "what's 4+2?" or "Is 5+3 the same as 3+5?" and other simple sums.  This is not how I envisioned his learning to go, at all! I had plans of following a more Scandinavian path with no academics until he was around 6 or 7 years of age, instead focusing on play, but Kiddo had other ideas. Unfortunately, not everyone thought that following his lead was the best thing for his education. When he was in his ante-preschool year at nursery last year, his teacher acknowledged that his reading skills were good and that he was starting to" recognise words", ehm, no, he had already been doing this for almost a year by that point. It was clear to me that the nursery would only allow his progress to go so far, so as the children would all be a similar level upon commencing primary school.  I have lost count the number of times people, well meaning I am sure, advised me not to "let him get too far ahead" - why? Surely not encouraging him, or  restricting his love of reading would be far more detrimental to his love of learning in the long term.  And too far ahead of what? His peers? Why does that matter when all children learn different things when they are mature enough to understand them.  I am very confident that Kiddo's drawing skills and writing skills (with his 6ft letters, ok an exaggeration, but they are huge) are not inline with some of his peers; Kiddo's would definitely be deemed immature, but I'm not at all concerned by this. When he is able to, he will write properly and will or will not be able to draw. Having seen the handwriting of many an adult over the years, this is most definitely not a cause for concern at 5 years old. A love for reading and learning (through reading and being able to find out and discover for himself)  now and in the future is, by and far, the most important thing, in my opinion. As I mentioned, this is not a how to, it is also not a route that all home educating families take. It is purely the route that we followed, lead by the one person who wanted to learn to read.