It's been a while since I posted about the bathroom renovation. I am now happy to reveal that it is 95% complete! (only a new floor covering to go, which will be a January Sale purchase).  The before pictures are here .

It has been a project of much chopping and changing of minds, particularly regarding what colour to paint the walls.  We (when I say "we", I really mean me as I picked the paint colour whilst Hubby was in Sweden and proceeded to get cracking with the painting the very same weekend) started with the initial idea of a charcoal grey but it would be too dark, so chose 'Mineral Stone' instead.  Once it was up on all the walls, it was just dull. Really dreary and blah. Not at all what we hoped to achieve. Then came the fun with the tester posts, including an incredibly nauseating peachy hue which again, was not what we were looking for. I posted to Facebook asking for people's opinions regarding colour choice, from 4 samples.  The opinion was split between the really pale grey and the warm "toffee coffee" shade. Both Hubby and I liked the Toffee Coffee (Kiddo liked it based purely on its name). However, once the sample went on the wall we knew instantly that it was a mistake. I couldn't even bear to take photos of it! 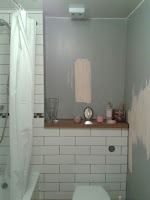 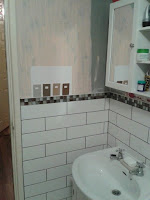 After all that we ended up choosing white - I don't ordinarily do white. I thought it be too cold, clinical and stark in the bathroom, but surprisingly it is warm, light, bright and calming. Result!

So, here's the  big Tadaaah! moment after 3 months since the project began : 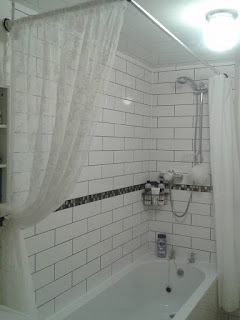 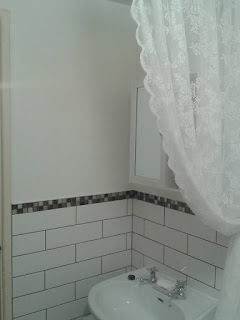 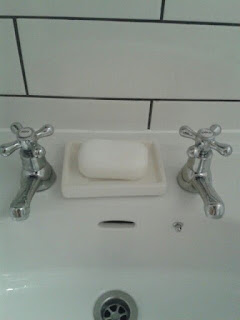 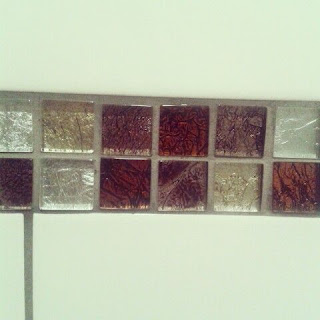 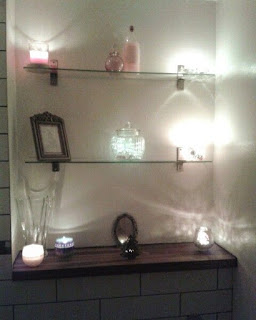 I went to battle with rawl plugs in order to put these shelves up. Happy to say I won. 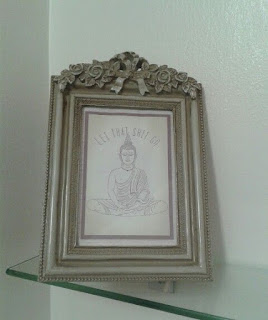 A little play on words and meaning... 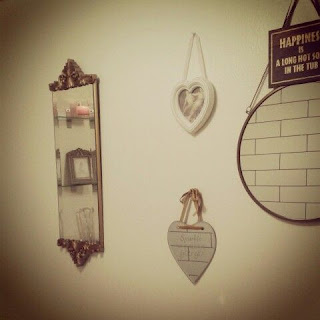 Made a feature of a blank white wall. There are more vintage pictures to hang once I find more frames 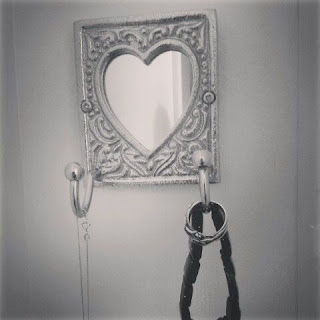 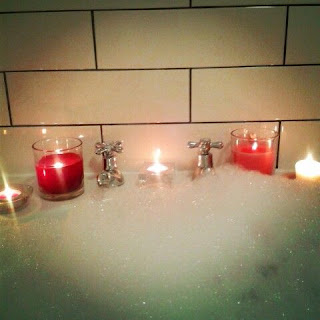 Our bathroom has always been the one room I have been embarrassed about. It was damp and dark, falling to bits and no matter how I tried to spruce it up, it never felt relaxing and peaceful, or really clean for that matter.  Now however, it is a little oasis of calm. I love it. 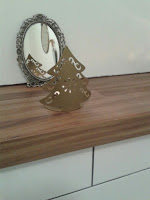 It's even getting festive in here.