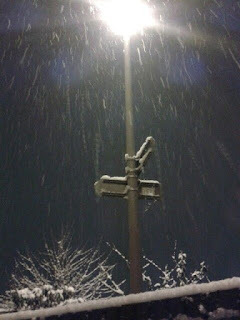 The measure of adulthood is not dictated by the year of birth and the corresponding number of candles ablaze on the cake.  Neither is it decided by the having of babies, getting married, lumbering oneself with a mortgage or no longer getting asked for "proof of age to show you are old enough to purchase this product" No, no, no. It's much easier to identify than that. It is determined by your reaction to snow. Fact!

If the thought of snow or the news of impending snow means your conversations go along the line of:

"I can't be doing with the snow; especially when it turns to slush/ice"
"Snow, ugh! I can't wait for the summer"
"We've been lucky with the weather this year; too warm for snow. It's been a no bad winter"
"I can't stand the mess and wet it drags into the house"
"I like looking at it from the window, but not going out in it"
"Snow? Oh that's too dangerous. I could slip!"
Congratulations! You've cracked this adulting malarky. You are clearly very responsible and thinking of the consequences of a proper winter - mess, slips trips and broken bones, being stuck in the car, car not starting, having to walk places in stead of driving, the chill where you no longer know if your extremities are attached or merely numb from exposure to temperatures of minus 2 degrees C.  Good for you.

If on the other hand, your reaction is more akin to :
"I just want some snow!"
Upon seeing snow on other people's instagrams and Twitter photos you reply with
" jealous.com "
First thought upon stepping into the white stuff is "Snowball fight!"
Telling both yourself and your child(ren) "we'll have hot chocolate when we're done"
You are desperate to make a snowman and start thinking how it will look, but regardless of thougths, it will look the same as every other snowman you have ever made
Taking hunners of photos of the snow from different angles and of where it has fallen then taking to instagram yourself
You start visualising your Pinterest winter board in your mind's eye with  crazy ideas of 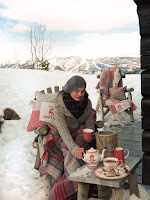 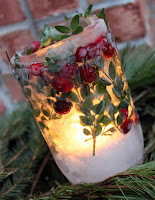 Then consider yourself in good company, because I am a big kid too! I LOVE  the snow and going out to play in it.  And today, the Cailleach delivered the goods.

Despite living in Scotland, snow is something of a rarity in these parts. I'm beginning to think that my town has its own micro climate (nothing to do with the nearby oil refinery and chemical plant emitting a hot polluted fug circulating in the air above, keeping the worst of the weather out, of course), as we have been to both Dunfermline and Stirling this week and have played in the snow.

Anyway, back to today.  Today I was giddy with childlike excitement when the first flakes began to float down. Out came the wellies and the camera, and well, tadah!!! : 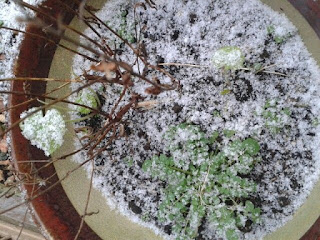 The shoots from new plants now being reminded that it is infact WINTER! Who needs a sledge when there's a wee slope and slidey waterproofs? After going back indoors for dinner and a heat, the real snow started to fall. 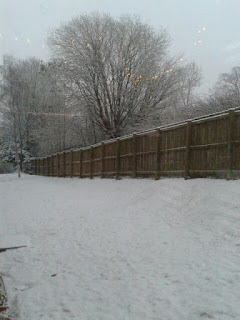 In the space of an hour or so, the garden was re-cloaked in white velvet, that was at least, until Kiddo and I reappeared... 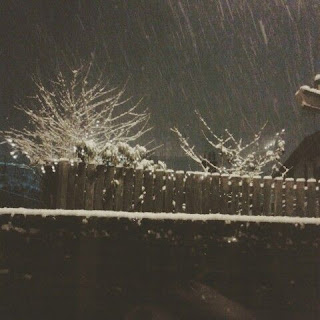 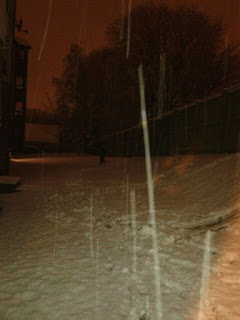 I am loving the orangey sky 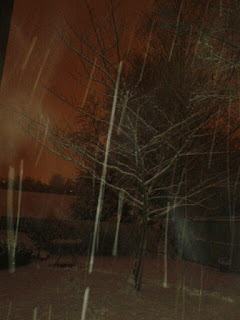 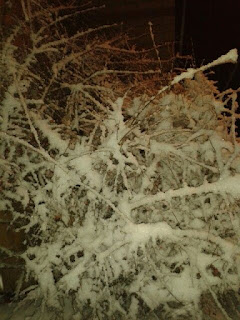 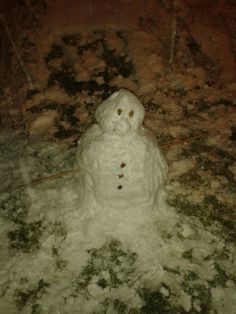 I built a snowman!!! Note it was ME who built it - Kiddo was far too busy sliding and rolling down the slopes and pelting me with snowballs. We're back indoors now, Kiddo in a warm bath, both of us hoping that it'll all still be there tomorrow again.

Snow much fun.  Happy days. A proper winter, even if only for a day.