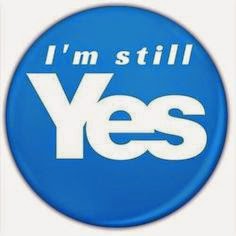 2014 was the biggest year in Scottish politics, for over 300 years. On the 18th September the nation took to the ballot box and voted on whether Scotland should be an independent country, Yes or No.
The result of the Scottish Independence Referendum (Indyref) ended up 55% - 45% victory for the No/Better Together/UKOK/No Thanks side.  In the following posts I share my feelings about the result, and about politics in general.

Blame the Immigrants
IndyRef 2
The Scottish Green Party
Full Fiscal Autonomy
Dear Westminster, it's political
General Election Countdown
Its a new dawn
Its a Monday thing
And then...
Ok. Its been 10 days


When the 100 campaigning days was announced, I decided to start a daily list of reasons to vote YES in the Scottish Independence Referendum #100days100reasonsforyes.
All posts regarding IndyRef are titled "x Days To Go", counting down from 100 to 0. 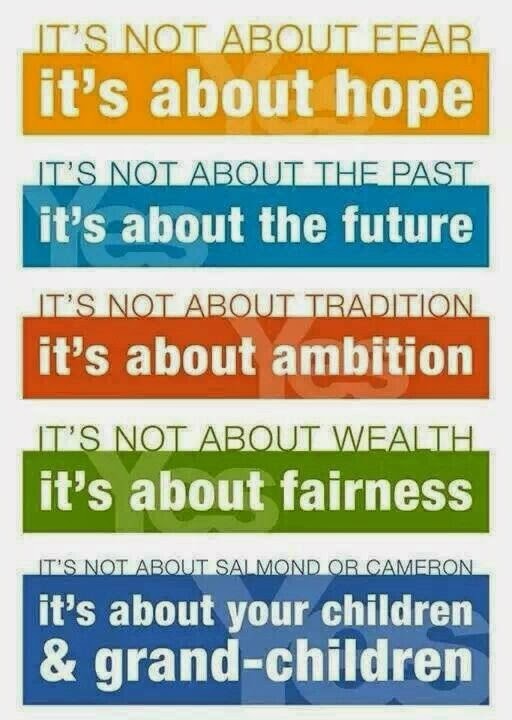 There are a few gaps (18 infact); life has been happening at the same time, I have put in their titles, but they were not completed in time, there is no link - too late now, but may publish them, inorder have the complete 100.

Your comments are welcome x